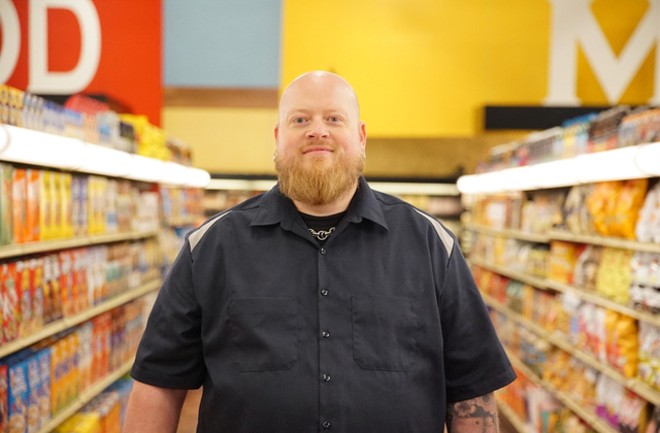 David Sandusky recently took a trip to Flavortown — and tonight, you can follow along on his journey.

The episode is the second of the season for the cooking competition-meets-Supermarket Sweep-inspired show, which is hosted by restaurateur and TV personality Guy Fieri.

Speaking through a Food Network representative, Sandusky described filming the episode as "intense."

"I haven’t been pushed like that since working under Phillip Paris [at Hilton St. Louis at the Ballpark] circa 2001," Sandusky says. "I’ve competed quite a bit during my career, but nothing as crazy as this. Meeting celebrity chefs and new friends is pretty great, but honestly, the most exciting part for me was putting myself to the test. I’m a kitchen adrenaline junkie."

Will Sandusky smoke the competition? Tune in tonight to find out. In the meantime, here's the episode description from Food Network:

"Guy Fieri unveils the ultimate strategy game in which the four competing chefs must decide whether to use six, eight or ten ingredients before knowing what kind of dish they're making. The chefs have to decide whether to go big early to ensure a spot in the later rounds or risk using fewer ingredients upfront so they can finish with a strong, multifaceted dish. Ultimately, one chef will pick the right limits and go on to win a shopping spree worth up to $20,000."

Whatever the outcome, you can stop into BEAST Butcher & Block in The Grove this weekend to congratulate Sandusky and get a taste of the restaurant's new nose-to-tail brunch menu, which debuts on Sunday morning. From 10 a.m. to 2 p.m. the restaurant will serve dishes such as live-fire charcuterie and cuts, omelets cooked over hot coals, housemade sausages and bacon, waffles, brisket and gravy and other barbecue favorites, plus bottomless mimosas, Bloody Marys and draft beer.