Beyond Sweet Relocating, Expanding with Burgers, Bar Program and Games 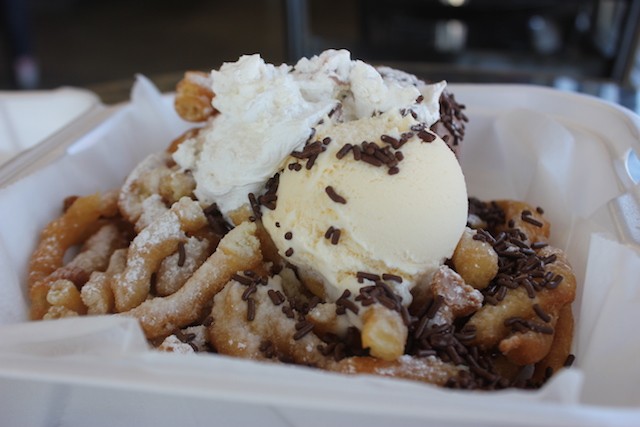 When Beyond Sweet (5901 Delmar Boulevard, 314-899-5021) opened just east of the Delmar Loop in April 2017, it ushered in a new milkshake era in St. Louis. Specifically, over-the-top, stacked shakes brimming with everything from full-size cupcakes and dipped waffle cones to whole slices of cheesecake and doughnuts. The flagship location closed on August 1, but never fear: Beyond Sweet will soon be back bigger and better than ever.

Owner Dallas Holland says demand has only increased over the past two years, and now, she wants to expand beyond (ahem) sweets into stacked burgers, different flavors of chicken wings, pizza and more. Holland plans to reopen the restaurant as Beyond Sweet Bar and Grill near the original location, although when reached by phone yesterday, she couldn't disclose the new address quite yet.

"It will be bigger and better ⁠— a cross between a sports bar and an ice cream shop," Holland says. "It will be Beyond Sweet on steroids. Children can enjoy the different flavors of ice creams, and of course, our massive shakes, and the adults can enjoy a massive shake with a shot of Patron. We'll have around twenty televisions and quite a few games such as Skee-Ball, video games, board games, a large Connect Four, plus karaoke on Sundays."

Holland plans to open the new spot in January 2020. She says the expanded concept was an outgrowth of the flagship's popularity as well as the need for a larger kitchen to prepare a lengthier list of menu items. 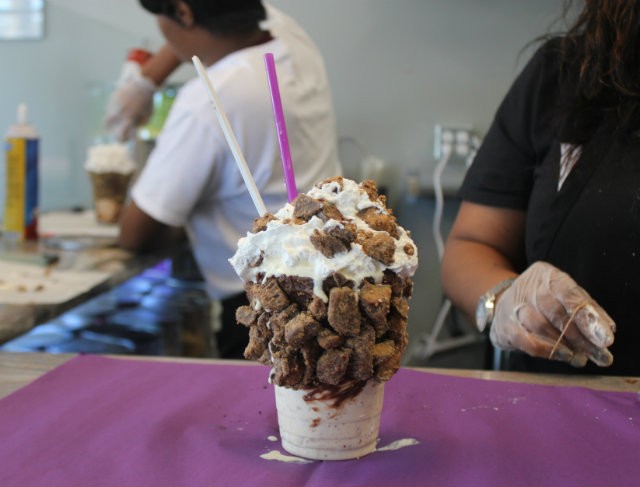 "The initial concept was to do fair foods ⁠— funnel cakes, fried Twinkies, fried Oreos, nachos and pizza," Holland says. "Then we came up with the Beyond Wings, and it just blew up. Our kitchen wasn't conducive to the traffic we were getting for food, though, and that was one of the reasons we were forced to leave the original location. There was no way to build out a new kitchen, so that's how that change came about."

While she works to reopen in St. Louis, Holland is also busy helping roll out a franchise location of Beyond Sweet in Charlotte, North Carolina, which is set to debut in November or December.

"I put out the news that we were franchising, and I had quite a few people interested, one in North Carolina, in Arizona and in Dallas, Texas," Holland says. "The first one will be North Carolina, and I'm so excited about it."