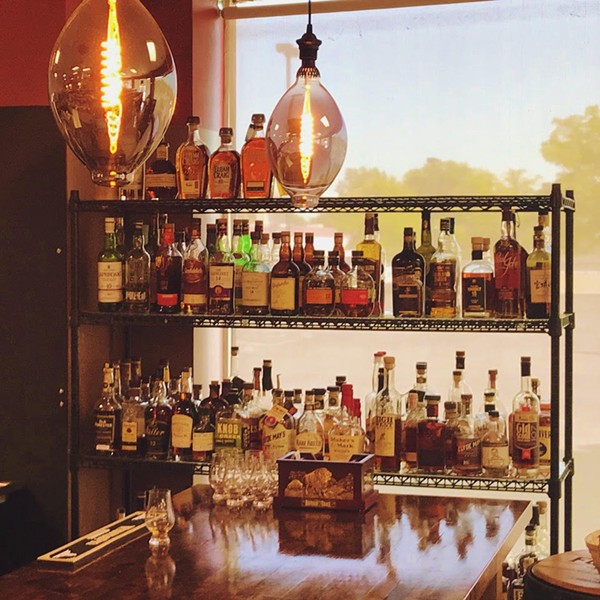 Whiskey fans, rejoice: A new local watering hole is making it easier than ever to sample some of the rarest and most in-demand spirits on the market.

On Saturday, The Wine & Cheese Place (7435 Forsyth Boulevard, 314-727-8788) in Clayton hosted an unofficial soft opening of its new in-store tasting bar, (IN)Famous Bar. Named with a nod to the building’s former occupant, a Famous Barr department store, (IN)Famous Bar specializes in rare and in-demand whiskey, bourbon, scotch, rye and more. The current menu can be found on the store's blog, which is maintained by longtime general manager Paul Hayden.


At (IN)Famous Bar, pours are sold as ¾-ounce servings to either sip at the bar or while you shop, and prices vary. Bottles range from Missouri-based spirits like J. Rieger Private Stock 6 Year Bourbon aged in Side Project Brewing barrels ($5 a pour) to industry favorite WhistlePig 10 Year Old Straight Rye (also $5). Some of the spirits on offer are sold in the shop, while others are trickier to track down — and often at inflated prices — which gives (IN)Famous Bar customers a chance to sample without restriction.“We carry all sorts of different bourbons, including some rare things — some we don’t even have to sell,” says Dave Davis, liquor manager at The Wine & Cheese Place in Clayton. “But if you go into a bar around town, some of these things, like, say, Weller 12, or Weller 107, for an ounce or an ounce and a half, you’re going to pay anywhere from $8 to $12 to $15, depending on the venue. Here you can come in and have a ¾ ounce for $4, try it out and see if you want to go online and pay $75 for a bottle, because it seems like that’s the only way you can get it now.”


(IN)Famous Bar will operate Monday through Saturday from 1 p.m. to 7 p.m., but the truly curious should stop in on Fridays from 4 to 6 p.m. for Friday Night Flights. Tonight, the bar’s first flight night will feature three selections from Elijah Craig in Kentucky for just $12: 2 Year Barrel Proof A119, 12 Year Small Batch and The Wine & Cheese Place Single Barrel Pick.


“This is the inaugural flight at the tasting bar,” Davis says. “This is a great way for people to try new things. [For the] Elijah Craig [flight] on Friday, we’ll some things you can get ahold of and some things you can’t, but it gives you an idea of how different bottlings are from each other and still have the same common ground as far as what the distillers are trying to do.” 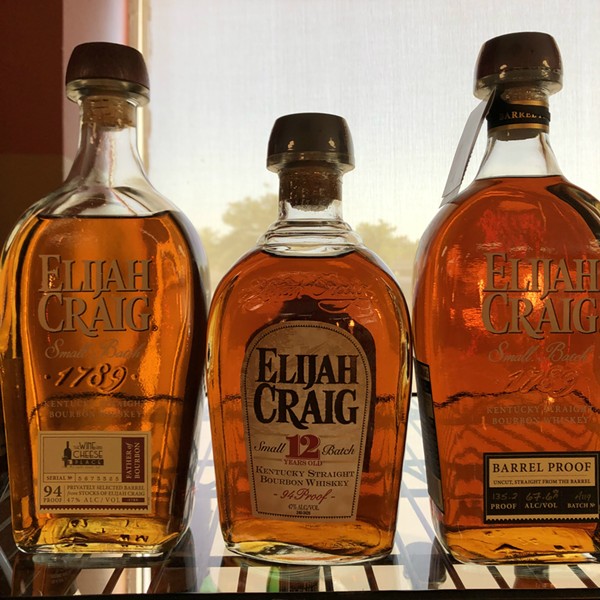 In addition to the weekly Friday Night Flights, (IN)Famous Bar will offer at least one additional flight per week. Prior to debuting (IN)Famous Bar, the shop, which was purchased by longtime customers Vijay and Alicia Shroff in April, hosted spirit flight nights on Wednesdays. Davis says he was inspired to introduce a more formal spirits tasting experience at the Clayton store based on the bar at The Wine & Cheese Place in Creve Coeur.

“I’ll be honest with you, I’m a bartender at heart, and I’m really happy that we’ve already had some early success with this,” Davis says. “And I’m really excited for the official unveiling.”