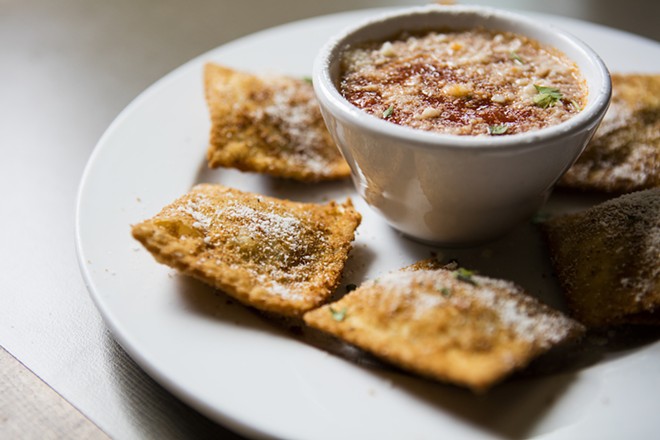 Posted on Wednesday, the video, titled "Bring Your Stretchy Pants To This St. Louis Food Tour," was filmed for Buzzfeed's travel brand, Bring Me. It features narrative subtitles in lieu of a host or voiceover, although a few of the same tourists are seen tasting menu items at all seven spots.

The first stop is Pappy's Smokehouse (3106 Olive Street, 314-535-4340), where the St. Louis-style ribs are called a must-try local dish. (And may we add: Duh.) Pappy's pulled chicken is also highlighted, as is the barbecue joint's beef brisket, burnt ends, pulled pork and house barbecue sauces. "Pappy's is constantly busy, but it's worth the wait," the video tells us, as if we in St. Louis didn't already know.

Next up, Bring Me turns its attention to the gooey butter cake at Park Avenue Coffee (1919 Park Avenue, Lafayette Square, plus other locations). St. Louis' best-known baked good is described as "dense and flat" (we prefer to call it rich and sugary sweet) and several of the shop's 70-plus rotating flavors are touted, including the "Turtle," "Espresso Chip" and "White Chocolate-Raspberry." A Bring Me correspondent briefly interviewed in the video describes the local legend as having "an undercooked brownie texture" and "super soft and super rich." Park Avenue's house-roasted coffee beans and drinks are also spotlighted. 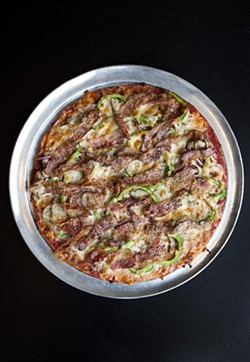 And since no St. Louis food tour is complete without some square-cut pizza, the third stop is Imo's Pizza (multiple locations). Imo's is heralded more for its use of Provel than its cracker-thin crust or square-cut slices in the video; our claim to 'za fame is said to be "controversial" and that "people say you'll either love it or hate it." This is immediately followed by an out-of-towner from Bring Me describing Imo's pizza as, "really tasting like tomato bisque on a crispy thin crust." Don't worry, she meant it as a compliment — at least we think she did.

The open-faced ham sandwich at Ruma's comes topped with melted housemade garlic butter and slices of "St. Louis-style cheese," sprinkled with paprika. Named for a longtime customer, the Gerber Special is described by Buzzfeed as, "popular all over the city."

Did Buzzfeed miss your favorite St. Louis eat or treat? Tell us about it in the comments. Check out the video below.