"We describe it as a restaurant and kitchen with rooms, not the other way around," Swoboda explains.

Located inside new boutique property the Last Hotel, the Last Kitchen opened at the end of July as a vibrant addition to Washington Avenue's dining scene. Anchored by the talented Swoboda, the restaurant is an exploration of the different food cultures along the Mississippi, from its northernmost origins to its southern mouth. As Swoboda explains, the point is to represent the region in a different, thoughtful way and to pay homage to its heritage as a river city.

To execute this vision, Swoboda traveled along the Mississippi, beginning in Minnesota and all the way down to New Orleans, cooking with chefs in several of the cities she passed along the way. It helped her appreciate not only the differences in the cooking styles, but the similarities as well, and the menu at the Last Kitchen is a holistic representation of the river's influence on food.

However, her journey to the Last Kitchen started way before that trip — about four years ago, to be precise. Swoboda is a Wisconsin native, and her family lives close to the Iron Horse Hotel, a unique property brought to life by developer Tim Dixon. When her father heard that Dixon was looking to develop the old International Shoe Company Building in St. Louis, he encouraged his daughter to connect with him. She did, and before she knew it, she was serving as Dixon's culinary ambassador to St. Louis, showing his team around town to steep them in the city's history and culture.

At the time, Swoboda was working for Gerard Craft's Pastaria, and she had no intention of leaving. However, when Dixon offered her the chance to be a part of developing the hotel and restaurant from the ground up, it was an opportunity she could not pass up.

The result of Dixon and Swoboda's efforts is nothing short of stunning. The Last Hotel is a vintage gem that honors the city's history as a major force in the shoe industry. In fact, that's where the name of the hotel and restaurant comes from: "Last" has nothing to do with an ending point but is instead a reference to a cobbler's last, which is a form used to make shoes.

Small touches that nod to its previous occupant are scattered throughout the property — a pool table from 1909, the year the building opened, coasters made from the heels of shoes, vintage shoe-shine chairs. The details are not obvious, however, and blend into the gorgeous, vintage decor like little secrets waiting to be discovered.

The dining room is outfitted in gray marble, rust-colored velvet and gray tweed upholstery. An open kitchen allows diners to have a peek at the action, and two beautiful bars provide additional seating in the dining room. The restaurant has two chef's tables toward the kitchen, and a "bartender's table" toward the front of the space where diners will have the opportunity to experience liquor tastings and wine and spirits dinners.

Entrees at the Last Kitchen include dishes like salsiccia pizza, its spicy Italian sausage an old family recipe from Swoboda's grandfather. Duck breast with spaetzel, salmon with black beans and a roasted half chicken with rainbow Swiss chard are also some of the current offerings, though Swoboda insists that the menu is designed to change with the seasons and is dependent on what is currently available.

In addition to the main-floor dining room and bar, the Last Kitchen has a stunning rooftop bar and pool that are both open to the public. Look for a variety of adult frozen drinks, as well as small bites available to satiate your post-swim appetite.

Scroll down for more photos of the Last Kitchen & Bar. 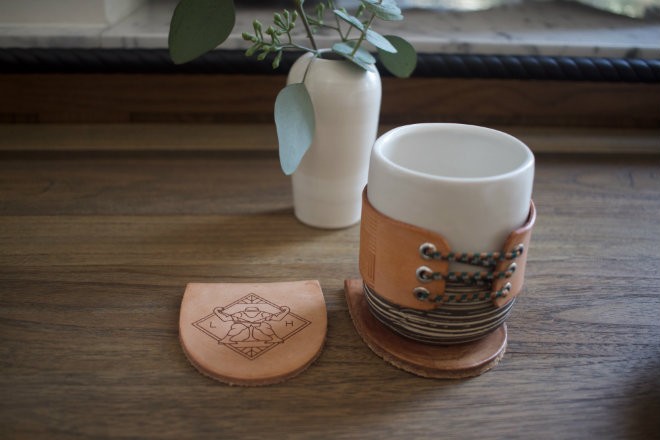 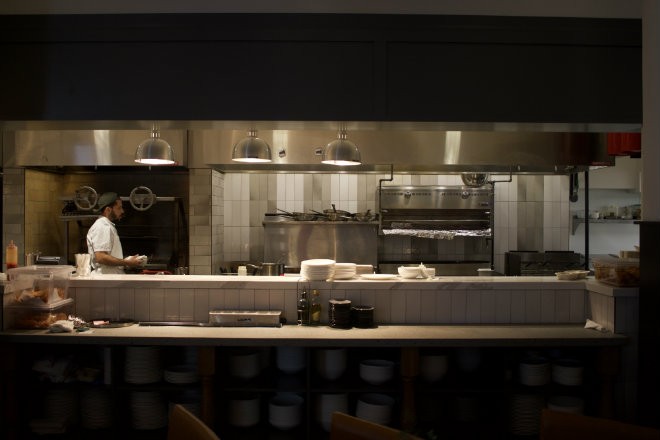 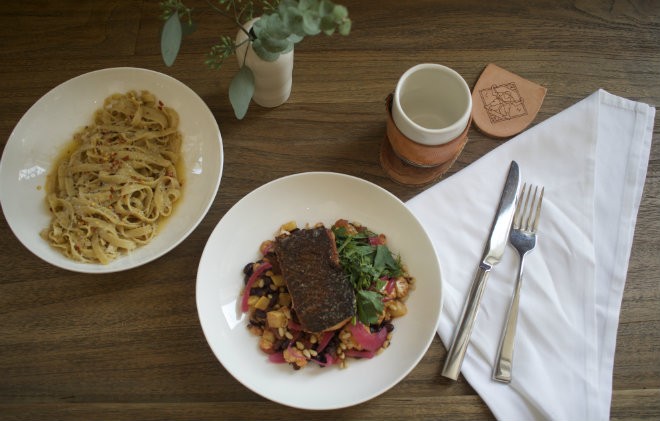