With Sans Bar STL, St. Louis Gets a Booze-Free Way to Party 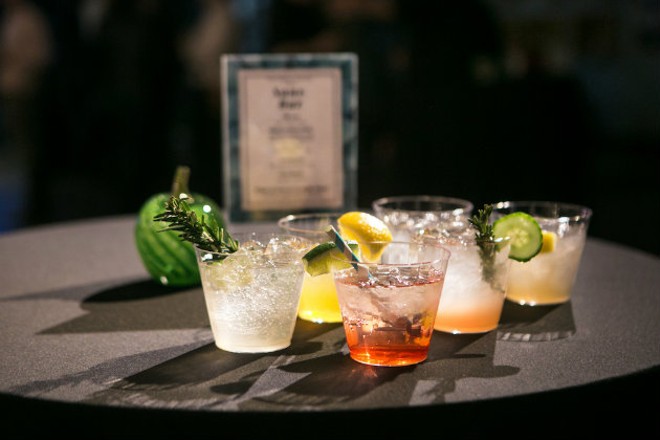 We've all heard the adage that St. Louis is a drinking town with a sports problem. It's a funny, seemingly harmless string of words, but the sentiment speaks to the prominent role that alcohol plays in the city — one that the Wellness Council is trying to change.

An affiliate of the National Council on Alcoholism and Drug Abuse (NCADA), the Wellness Council of St. Louis recently launched Sans Bar STL, a program designed to give people an option for enjoying nightlife without the booze. As Brandon Costerison, the MO-HOPE project manager for NCADA explains, the point is not to be sanctimonious about an alcohol-free lifestyle, but to give people choices.

"These events are not focused on preaching that alcohol is bad or people shouldn't drink,” Costerison says. “It's not really focused on that. It's more focused on being mindful and present in the moment."

Sans Bar STL was inspired by Chris Marshall, who founded the alcohol-free Sans Bar in Austin, Texas. Marshall, a substance abuse counselor who has been sober since 2007, wanted to create an alcohol-free space for people to socialize. Since then, Marshall has taken Sans Bar on a national tour, with stops as far-reaching as Anchorage, Alaska.

The first Sans Bar STL event was a pop-up on March 1 at Third Degree Glass Factory. Marshall, himself, was on hand at this alcohol-free event which featured craft NA cocktails and variety of activities to create a social—and sober— atmosphere.

Sarah Roberts, a St. Louis native and Wellness Council founder, says one of her goals is that events like Sans Bar can bridge the gap between people in recovery and people who aren’t.

"It's just a nice way that you can normalize being in recovery with people who aren't in it and see that they're normal people,” Robert says. “They're just having a different kind of fun than what we're used to.”

Roberts felt like there was a gap in NCADA’s outreach, which is why she helped found the Wellness Council in June of 2018. The NCADA has a variety of programs geared towards prevention among children, but she didn’t feel like there was a space for adults. It’s part of why people have to be over 21 to attend Sans Bar events

However, it wasn’t until Annie O'Donoghue joined the Wellness Council in October of last year that Sans Bar STL came about. O’Donoghue, who is president of the Wellness Council and also a St. Louis native, connected with Marshall while she was working for a nonprofit in New York. When she came back to St. Louis, she knew she wanted to create a sober bar.

"It was kind of just the perfect storm of wanting it to be and almost needing it to be," O'Donoghue says.

When planning Sans Bar STL , the Wellness Council’s original goal was to get more than 300 people to attend its inaugural event. As an alcohol-free function in March on a Friday night, people told O'Donoghue it wasn’t going to happen.

"I think they immediately get awkward like," I can't go out without drinking,” O’Donoghue says. “I think society as a whole (thinks) nightlife and drinking go hand in hand. They can't even imagine it."

O'Donoghue proved the naysayers wrong with that March event, estimating that she not only met the goal, she exceeded it with more than 300 people at the event. Since then, she says the positive feedback has been pouring in. 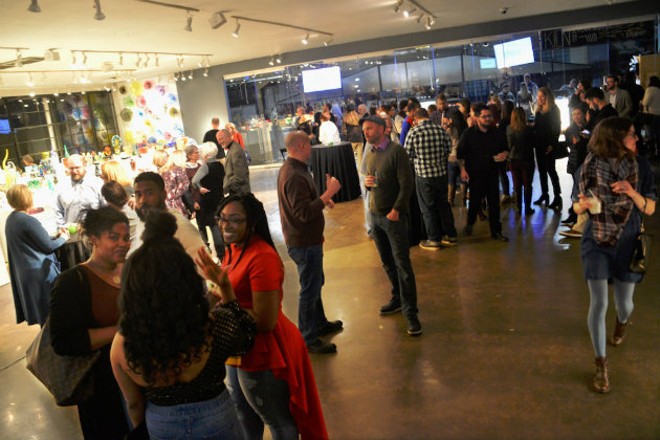 Indeed, there has been significant momentum surrounding the alcohol-free movement over the past year in St. Louis, with a great deal of credit going to Wellbeing Brewing. Founded by Jeff Stevens in 2017 as the first truly craft NA beer company, Wellbeing has gained traction for being a delicious alternative for people who choose not to drink — or choose not to drink as much. Stevens' high-quality products, including his Hellraiser brown ale and Heavenly Body golden wheat have gained prominent followers in the St. Louis food and beverage community, including industry veteran and sober-lifestyle advocate Tom Halaska and Pop's Blue Moon owner Joshua Grigaitis, who launched "NA Saturdays" at his bar in the winter of 2018.

Sans Bar STL hopes to add to this momentum by offering attendees an vibrant, fun alternative to booze-fueled socializing. Cover at Sans Bar STL includes unlimited drinks and activities. According to O’Donoghue, Marshall sets up the events this way to prevent anyone from having to pay at the bar for a drink, which can be a triggering experience for someone who struggles with addiction. Sans Bar STL’s March event cost $20 online and $25 at the door.

At the first Sans Bar STL event, the Kenny DeShields Experience band performed, followed by a DJ who took over the music into the latter part of the evening. The event also featured glass-blowing demonstrations and a tarot card reader. Just outside, people could grab a bite to eat from a hot dog stand.

The Wellness Council wants its alcohol-free events to be fun. Some of their taglines include “Let's get wild, not wasted,” “Shaken, not slurred” and “Let's get blissed.” Even the alcohol-free or “AF” drinks had creative names like "St. Lunatic," “Where’d You Go to High School?” and "Flower Grove Park." Ingredients like lavender, lemon, and tonic were used to make some of the drinks.

O’Donoghue, now sober, says going through recovery can feel like you’re living a double-life. Depending on where someone is at in recovery, people might not feel comfortable going out to bars with friends. And if they do, there’s always the chance of having to explain why you’re not drinking. O’Donoghue says she still gets asked that question— which is why events like Sans Bar can be so powerful.

That being said, O’Donoghue says Sans Bar STL isn’t just meant for people going through recovery from addiction. It doesn’t matter if you’re sober or “sober curious” or just want to check it out; O’Donoghue insists the event is welcome to all.

The Wellness Council has more Sans Bar-style events in the works for this fall and would like to expand into several avenues. One of its biggest goals is to eliminate the stigmas surrounding alcohol-free events.

"I think it's going to take a while to change that narrative,” O’Donoghue says. “But really seeing how St. Louis and really the whole U.S. is so ready for is pretty inspiring."

For more information the Wellness Council’s alcohol free events, visit their website at thewellnesscouncil.org/sans-bar-stl. Information about the national Sans Bar program can be found at thesansbar.com.