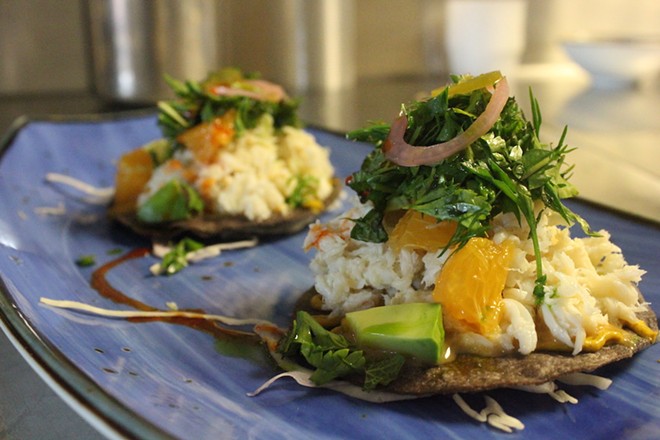 Editor's Note: An earlier version of this story incorrectly stated that Mikey Carrasco is involved in Alta Calle and would be working there after Tello Carreon departs. Carrasco is no longer affiliated with Alta Calle and has not been involved with the restaurant since Carreon came on board.

At Alta Calle (3131 S Grand Blvd, 314-282-0840), you can often find co-owners Dulce and Veronica Morales floating around the space as serene as the music playing overhead. Under banners of brightly colored flags, the sisters gather menus, simultaneously shake drinks behind the bar and even ask customers how their meal was. Meanwhile acclaimed chef and family friend Tello Carreon shifts around the kitchen, carefully eyeing each dish.

It's a vibrant scene, and one that is the realization of a dream for the Morales sisters. Alta Calle’s name is Spanish for “high street,” which is reflected in the elevated approach to Mexican food. However, the restaurant is rooted in something deeper: home.

That sense of home is reflected in the name, which pays homage to the hilly Mexican village in Michoacán where the Morales family hails from. Family photos of the town are featured on some of the restaurant’s tables, which Veronica’s son and co-owner, Steve Suarez, built. 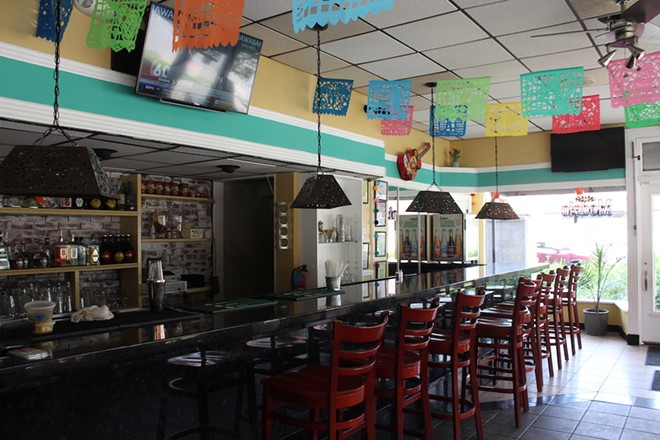 Alta Calle, which opened on July 15, fills the space where the Mekong Restaurant and Upstairs Lounge formerly resided. The restaurant is the first Mexican restaurant to open in the South Grand neighborhood (Qdoba excluded).

“To bring the food and her cuisine into the area is obviously nice, to be the first ones,” Carreon says of Veronica. “It's almost like a break in the seam.”

Brightly colored and intricately carved chairs fill the restaurant which can accommodate around 100 diners throughout the inside and outside seating area. Many of the decorations and furniture come from Mexico. A colorful mural covers one wall, and a portrait of Frida Kahlo hangs on another.

Veronica, who founded restaurant Las Palmas in 1997, started cooking at age nine for her ten siblings. Much of Alta Calle’s menu connects to Las Palmas and those hometown roots with a bit of twist.

That twist comes courtesy of Carreon, who curated the menu. The talented chef, who served as executive chef at Nixta and now operates his own catering business, Elevida, first met Veronica when he was sixteen, working at the now-shuttered Casa Gallardo. It was only his second restaurant job — now one in a line of many — but he never forgot Veronica and her family. Decades later, they reconnected.

"I still remember her very much," Carreon says. "She remembered me, but she didn't recognize me. That was emotional."

Despite different cooking styles, Veronica and Carreon have a lot in common. Their history, as well as a shared work ethic, led them to create a menu and a restaurant which, according to Carreon, has allowed them to learn from each other.

Having worked in a variety of restaurants, Carreon says “all my reflection” is in Alta Calle’s menu — French techniques, Middle Eastern-style spices, Mexican ingredients and so on. He says getting to show some of this to Veronica has made him the happiest.

“We never stop learning,” Carreon says. “I learn from her and vice-versa. I love to cook with other people who can teach me something.”

Carreon describes the food as a combination of "street food and fancy." He says the dishes are “casual, but nice-looking cuisine with a lot of flavor.” To achieve that, Carreon keeps his ingredients as fresh as possible.

Popular dishes include the scallop ceviche, which is served with avocado, tortilla, beets and green chile. Another dish, a sweet chilled corn soup called sopa de elote blanco, is sweetened using vermouth. Tortas are offered either  vegetarian or with pork; the vegetarian features crispy tofu, avocado and black beans, while the pork is marinated for four days and seared to order.

Alta Calle also offers a drink menu with a variety of tequilas— hibiscus-infused, coconut, based, lime and many more. Several flavors of Mexican soda called Jarritos are also available. Desserts, like chocolate pastel and flan, are also offered. 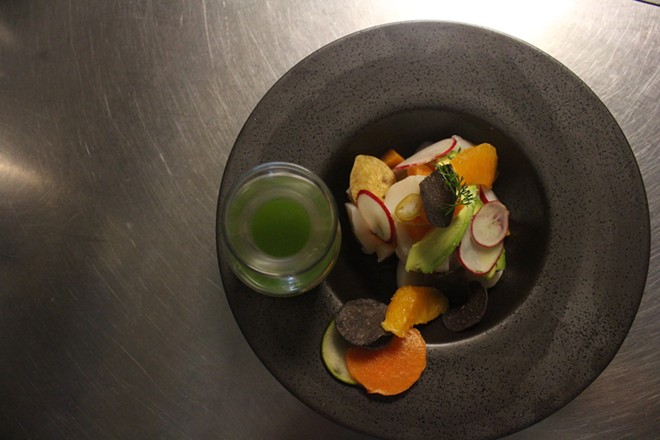 Carreon, who joined the operation three months after Veronica and family signed the lease, has tentative plans to leave Alta Calle in the next few weeks. His main goal was to help get the restaurant up and running.

Regarding that departure, Carreon says he is not sure what is next for him, but he would love to focus on Elevida and travel internationally with his family. While Carreon will no longer be the executive chef at Alta Calle in the near future, he and Veronica share a similar hope for the restaurant.

“To grow,” Carreon says. “To continue. To last and to continue bringing happiness to people.”

Alta Calle is open from 11 a.m. to 2 p.m. for lunch and 5 to 10 p.m. for dinner Tuesday through Thursday. More information can be found on the restaurant's Facebook page.

Scroll down for more photos of Alta Calle. 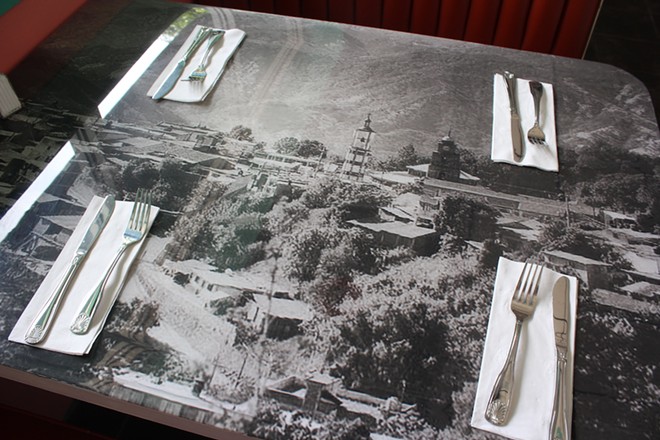 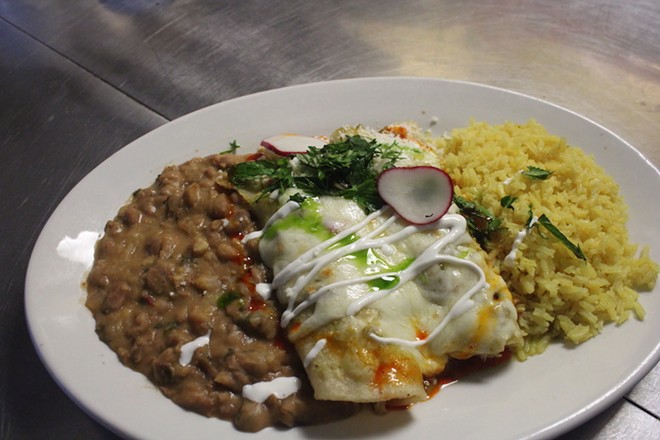 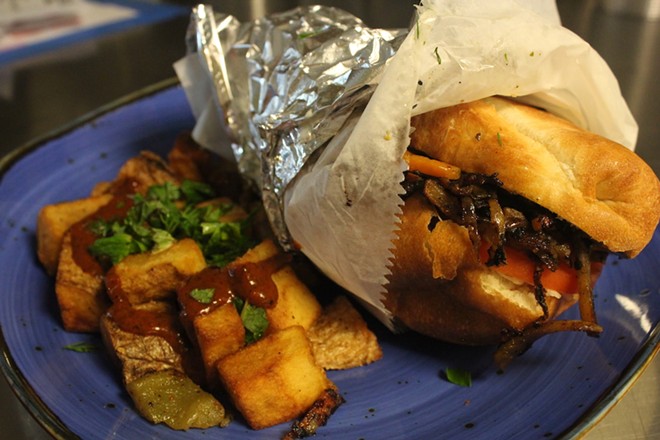