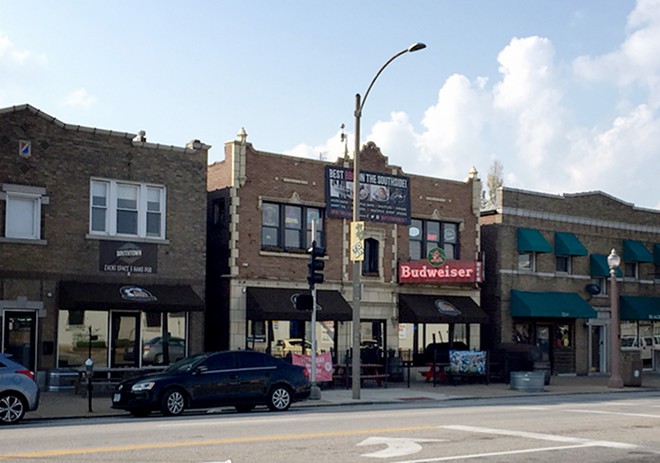 After serving South City for 27 years, Southtown Pub has closed.

St. Louis Magazine reports a sign in the window on August 1 said, "Apologies, we're closed today." But the south city bar hasn't reopened. And now an auction of its goods has been scheduled for August 8. So despite a July 31st Facebook post advertising a bags tournament happening later this month, it appears that won't be happening. The reason for the closure is unknown.

Ed and Ellen Amsler established the pub in 1992, and Paul and Samantha Perrigue took over in 2009. Since then they have added a kitchen, beer garden and the upstairs Barrel Room.

Known for its cheap drinks and chicken wings, the friendly hangout was a place where PBR loving hipsters and Bud downing Cardinals fans gathered alike.

The pub pridds itself on its hospitality and community relationships.

"At Southtown Pub their slogan is 'We are Awesome!!!'" its website states. "And when they say 'we' they mean 'us' and 'you' too. Because it’s the whole Southside community that makes Southtown awesome."

While that Southside community remains, it'll have to find a new place other than Southtown to congregate.