In Columbia, Illinois, Cafe on the Abbey Keeps It Local on Holy Ground

Located on Main Street in Columbia, Illinois is an old church and a just-as-old red brick convent. But you won’t see habit-wearing nuns walking on these holy grounds. Instead, you'll find coffee grounds and local chefs in the habit of making farm-to-table food.

Built in the 1800s, the church grounds contained a place of worship, a convent, and a school. Now, they serve a number of small businesses, including Cafe on the Abbey (322 South Main Street, Columbia, Illinois; 618-281-4554), which moved into the space in February of 2018. 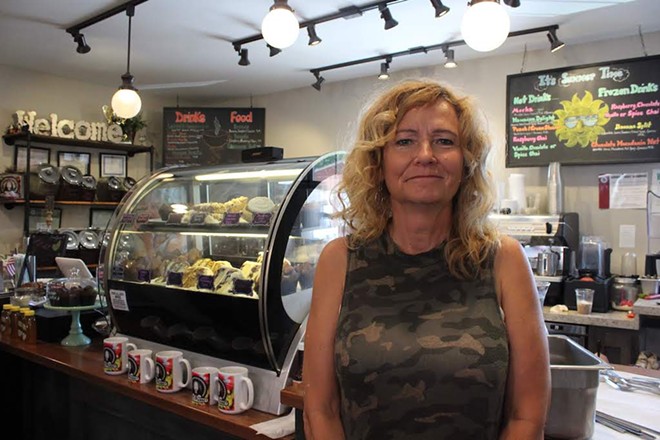 Cafe on the Abbey started as Johns-Brooks' coffee shop. After her husband passed away, the self-proclaimed coffee-lover decided to purchase a local coffee shop, which she named Our Coffee House and Cafe.

Over time, the coffee shop slowly evolved, moving from the back streets of Columbia to Main Street. When space in the former convent opened up, she decided to expand her business. She says being located on Main Street tripled the customer traffic.

About three months after opening, Ball, who has worked in the restaurant business for over four decades, joined the team as a co-owner. Ball worked at Aramark for over two decades, and he was even the executive chef at the iconic  Seventh Inn in Ballwin for a few years. He was really interested in joining Cafe on the Abbey because of the space itself.

In addition to serving customers, Cafe on the Abbey also has a service mission. The restaurant coordinates with several members of the community, including the Helping Strays and Human Support Services, which are also in Waterloo. 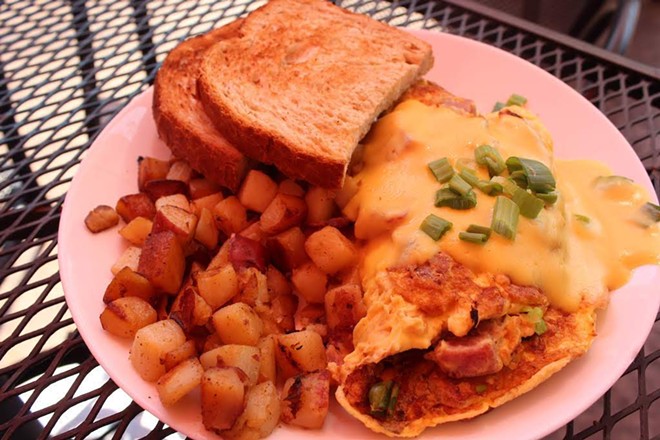 Ball, who is a self-proclaimed “foodie,” changes the brunch menu every month. In the past, the cafe has served waffles topped with peaches cooked in Stumpy’s vodka, an egg skillet with chorizo and eggs benedict.

He wants the restaurant to be as innovative as possible, and he says he’s “constantly trying new things,” Johns-Brooks says.

“We play with just about everything,” Ball says.

While Ball likes to mix up the menu, it’s important for one thing to stay consistent: a local connection to the ingredients.

Cafe on the Abbey gets some of its eggs and meat from Fresh Pasture Farms in Millstadt and some of its produce from local Feather’s Farm in Waterloo and Schafer Stock Farm in Columbia.

“Organic is expensive, but we try to do as much as we can,” Johns-Brooks said.

The local connection continues with the coffee. Cafe on the Abbey’s house coffee is roasted by Belleville roaster Balance Coffee and Tea, and its flavored coffee comes from St. Louis roaster Chauvin Coffee. Johns-Brooks jokes that her favorite part of owning the cafe is having access to coffee anytime she wants.

While the abbey is no longer in operation, the cafe carries a religious theme. Paintings of nuns enjoying food adorn one of the walls. Even the menu items play up the motif with names like “Heaven on a Plate” cake and “Nun’s Habit” coffee.

Old library chairs, reupholstered by Johns-Brooks and some friends, provide seats for about 40, while colorful umbrellas shade the outdoor patio, which, seats about 85. Two concrete benches mosaiced with “Our House Coffee and Crafts” line the walkway as a testament to Johns-Brooks’ first coffee shop.

“We just want a place where people can feel really comfortable having a good time,” Johns-Brooks said.

Amanda Ball, Ball’s daughter, serves as pastry chef alongside Kelly Bennett. The pair prepare a variety of baked goods—many of which follow the ketogenic “keto” diet. Amanda worked as a pastry chef at the famed Kimmswick pie restaurant, Blue Owl, before joining the staff at Cafe on the Abbey. She says many members of the community follow the keto diet, which is why so much of the menu does. 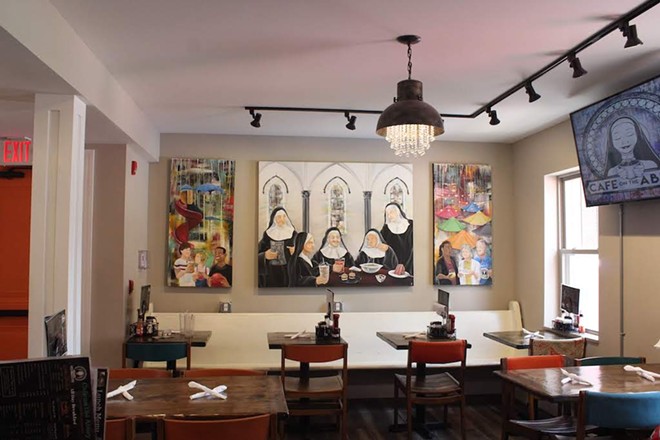 “We like to give people what they want,” Amanda says.

Long-term, Ball and Johns-Brooks just hope Cafe on the Abbey will keep growing.

“I see us just keep growing and keep getting busier and busier which is excellent for us,” Danny says.

During the week, the Cafe on the Abbey is open from 6 a.m. to 4 p.m. and on Saturday and Sunday from 8 a.m. to 2 p.m. More information can be found on the cafe’s facebook page at www.facebook.com/cafeontheabbey. 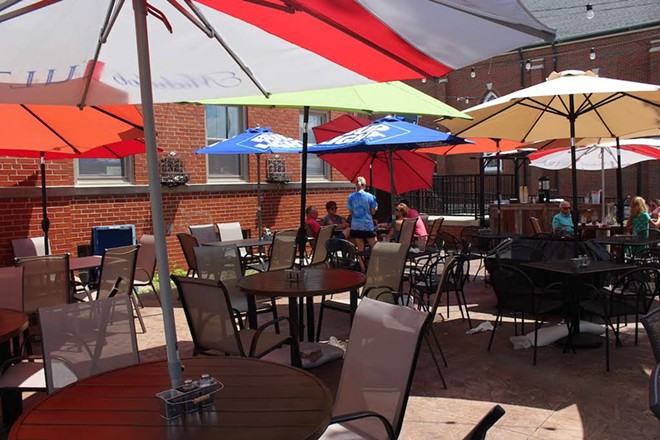