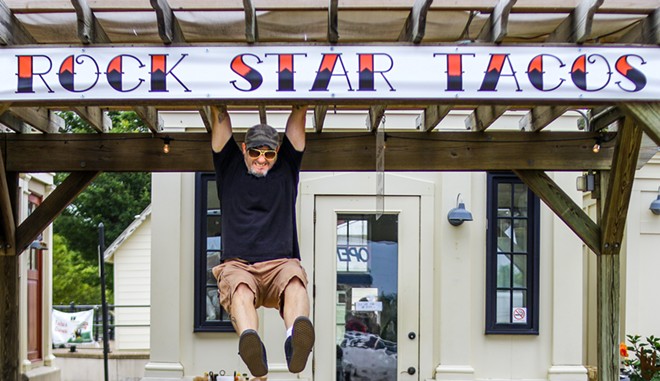 Two musicians walk into a bar, have a few drinks and start thinking about tacos and rock & roll. You know, the usual. They sparked the idea of combining the two, and six months later, a star was born. Rock Star Taco Shack (3242-1 Rue Royale, St. Charles; 636-395-7146)), that is.
Chef Wil Pelly, formerly of Nudo House, and his business partner, Matt Arana, have been playing music together for over twenty years. They are currently in the band Kingpin together and have been shredding it in the taco business since opening Rock Star Taco Shack on June 18 in New Town, St. Charles. 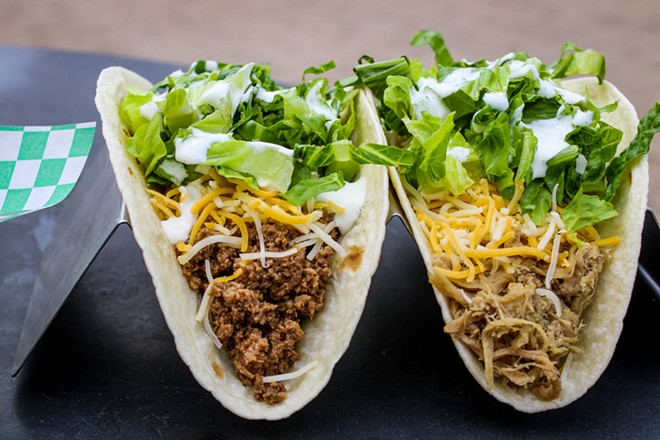 The tiny, counter-service shack contains a whole lot of flavor. After placing your order at the front window , you can take a seat at one of the picnic tables behind the building, where your food is brought out to you. The back area is shared with the neighboring businesses and seats about 25.

The menu is split into four sections; Opening Acts, Side Acts, Backstage Drinks and Headliners. Their signature seasoning blend, "Rock Stardust," spices up the menu and is their spin on chorizo seasoning.

Some of the taco choices are the "Number of the Beef," which is ground beef and Rock Star dust, the "Thunder Cluck," which features boneless chicken breast stewed with chipotle,  "More COWBELL," which is angus beef braised with onion and poblano peppers and the "Prawn Song," which includes wild-caught shrimp seasoned with peppers, onions and Rock Star dust.  All tacos are served with your choice of a corn or flour tortilla or lettuce wrap and are topped with lettuce, cheese and "Fancy Sauce," a blend of avocado, ranch and sour cream. 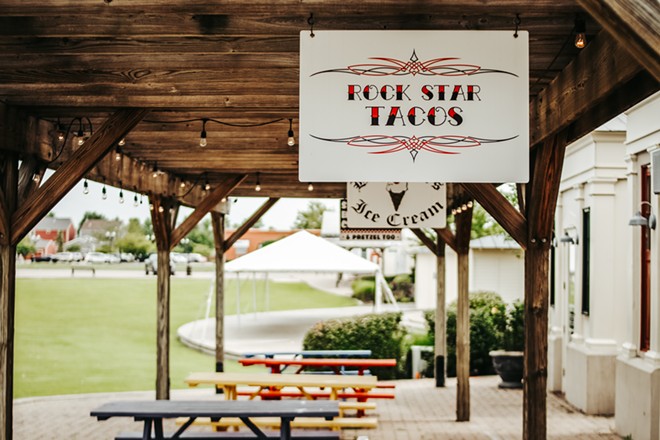 Pelly and Arana chose New Town because of its community. The homes in New Town are close together with little-to-no yards. This encourages the community to come together and spend time at the parks or out on the town. The town has lakes, pools, tennis and basketball courts and — right across the street from Rock Star Taco Shack — two sand volleyball courts.

The largest attraction that brings in customers is the free concert venue that is in the shack's back yard. Crowds as large as 2,500 people have come to enjoy the free shows and events.

"We get so busy during the events. I couldn't do it without my amazing staff. They work their asses off," says Pelly

As fitting as it is, Rock Star Taco has already had a brush with actual rock royalty. The restaurant catered for Alice Cooper when he was in town for his concert at the Hollywood Casino Amphitheater last Thursday night. "We were up all night but it was so worth it," says Pelly.

Rock Star Taco Shack has already gained a following in the community, and Pelly plans to continue that momentum. Plans for bonfires and jam sessions are in the works for the fall; he hopes these events will support and encourage the togetherness of the community.

Rock Star Taco Shack is open Tuesday through Thursday from 4 to 9 p.m, Friday 11 a.m- to 9 p.m and Saturday 4p.m to 9p.m. They are closed Sunday and Monday. 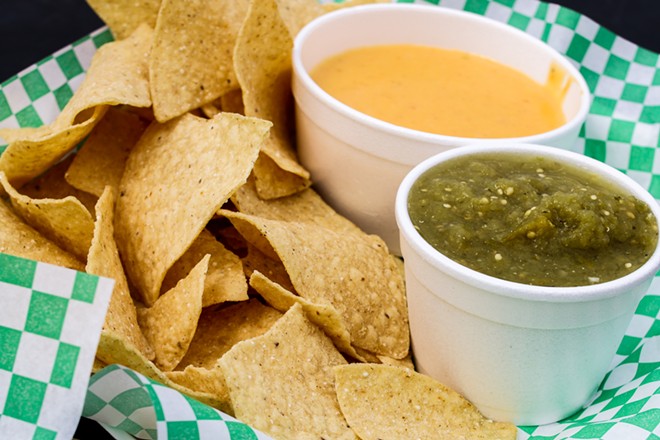 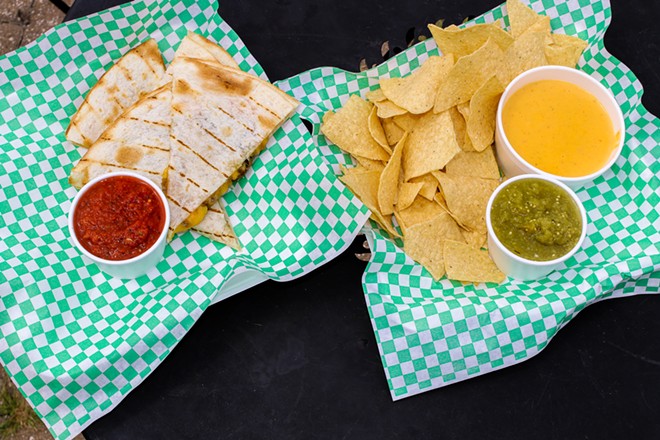