Balaban's Has Sold, Will Return Home to the Central West End 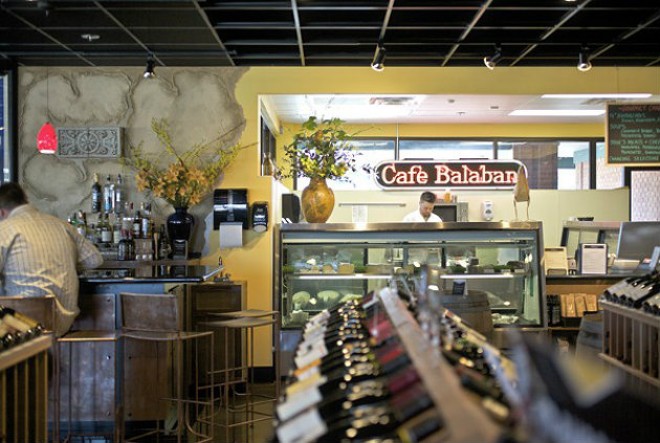 In 1972, Herb Balaban opened the now-famous Cafe Balaban in the Central West End, helping to usher in the modern St. Louis dining scene. Now, after ten years in Chesterfield, the restaurant is about to return to where it all began — and with new ownership eager to reinvigorate the iconic brand.

In a press release issued today, Balaban's (1772 Clarkson Road, Chesterfield; 636-449-6700) announced that the restaurant has been sold to Karen Halper, a St. Louis businesswoman whose other properties include Patty Long Catering, the Mahler Ballroom, Enchanting Embellishments and Mary Ann's Tea Room. Halper bought Balaban's from its current owners, Brian Underwood and Steve McIntyre, who moved the restaurant to Chesterfield in 2009. The two men note retirement as the reason for the sale.

According to the release, Halper plans to return the restaurant to the Central West End pending the completion of renovations to its new home — one that happens to be right across the street from the original location on Euclid Avenue. Though she is unable to give a projected opening date, the current Balaban's in Chesterfield will cease operations following service on August 10.

As part of the sale, Halper will obtain the "goodwill including the Balaban's name, furniture and fixtures of the business." The purchase did not include Balaban's award-winning wine cellar, including the Library Wines, for which the Chesterfield location has won numerous awards and recognition from such publications as Wine Spectator and the World of Fine Wines.

Halper hints at a nostalgic return to the original glory of the old Cafe Balaban, noting that, under her ownership, the restaurant will offer the restaurant's original menu and signature dishes. She is also offering current Balaban's staff continued employment with the restaurant.

Says Halper of her reason for purchasing the storied restaurant, "I'm excited to return this iconic restaurant to its home in the Central West End."