Venezuela. Laos. Albania. Countries like these may be separated by oceans, but nearly every Wednesday they share a common home at the International Lunch Series, hosted by the International Institute of St. Louis.

Each week, the Institute features a different country’s cuisine in a casual, luncheon setting. Food is served from 11:30 a.m. to 1:30 p.m., or whenever the food runs out. Diners can eat their lunch in the Institute’s cafeteria or purchase food for carry-out.

The program started this March under the Institute’s Community Development Corporation and has been running ever since, except for a short break for July 4. Kanim says the Institute has hosted food from “pretty much everywhere,” and there is always room for any caterers who want to join the lunch series. Meals vary in price, but normally float around or less than $10.

Nadya Kanim, a business specialist and loan officer who has been working for the Institute for four years, was instrumental in starting the program. Kanim is a refugee from Iraq, and the International Institute helped get her settled into the St. Louis area. She says the lunch series is beneficial to everyone.

The Institute offers a variety of classes on everything from business ownership to finance to language. Many of the catered meals are prepared and served by immigrants who received some of these services from the Institute.

For its most recent lunch on July 17, Sky Hookah Lounge (469 Jeffco Boulevard, Arnold; 573-305-0828) catered Iraqi food for the lunch series. Sky’s Ali Saadi says his family got help from the institute when they immigrated to St. Louis. He says that he loved being a part of the lunch series; he just wishes Sky hadn’t run out of food. 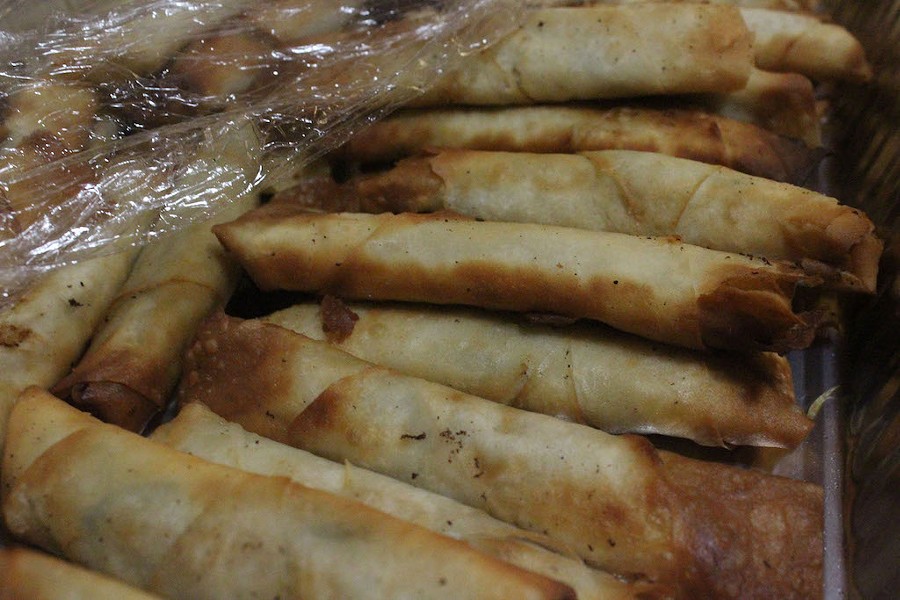 Gary Broome, who works as the director of communications and marketing for the Institute, says the lunch series started off modest. Broome says many of the Institute’s clients come to the U.S. “starting at ground zero,” and that it has been incredible to watch them and the lunch series grow.

Kanim estimates that approximately one hundred people attend each lunch on average, and that the crowd is just a diverse as the lunch schedule. To prove his point, the July 17 lunch attracted all sorts of community members; even military and police mingled as they ate.

Public affairs officer Gagik Khoudian for the St. Louis Metropolitan Police Department has attended several of these lunches. The International Institute is a part of his district, and he believes it’s important for him to support the community. But as an immigrant from Armenia, he says the lunch takes on a deeper meaning.

“I came to America as a refugee so it’s kind of a get-back-to,” Khoudian says.

Which, as Kanim says, is the true power of this lunch series — the ability to bring people together. 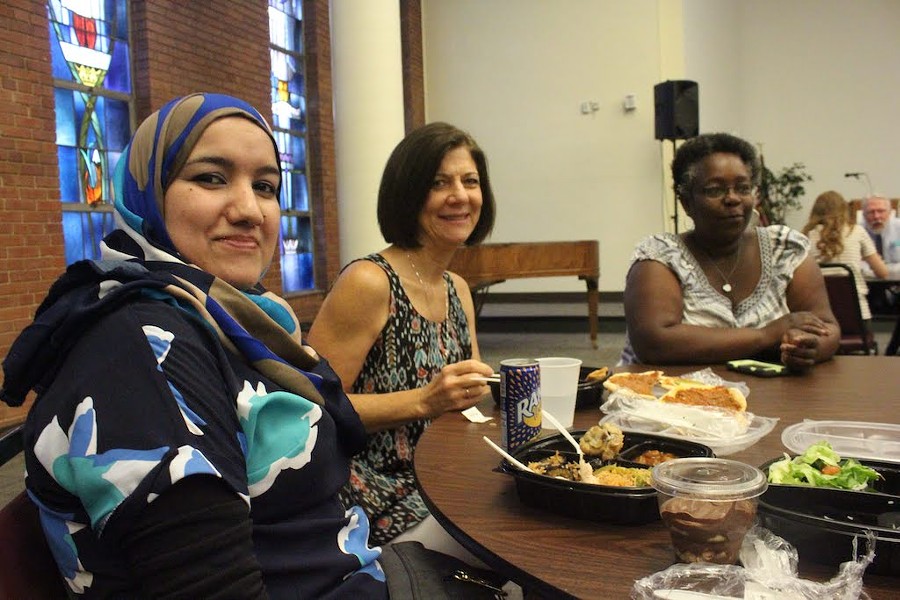 “When we know each other we become more strong,” Kanim says. “We’re holding hands. We’re helping each other.”

The International Lunch Series will run through August 28. For more information, including the schedule and upcoming menus, visit the International Institute’s website and Facebook page.