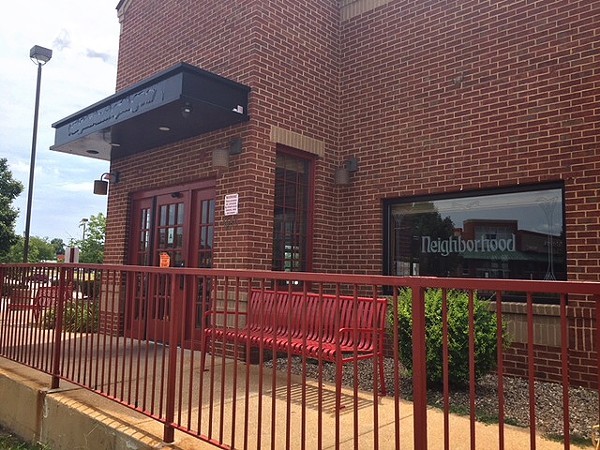 A new restaurant chain called Hook & Reel plans to open its first Missouri location in the south city spot that previously held Applebee's (4860 Chippewa Street). The 5,335-square-foot spot at Chippewa and Kingshighway has been empty since last July, when Applebee's closed its doors after a decade in business.

Founded in Lanham, Maryland, in 2013, Hook & Reel promises a "Cajun experience" with "the finest and freshest seafood" and "the vibrantly, flavorful and spicy cuisine of Louisiana." The online menu shows a host of options for the style of seasoned-seafood-in-a-bag combos that have been a hit locally at the Mad Crab and Krab Kingz, as well as po'boys, rolls, baskets (your choice of shellfish or chicken or crab, served with sweet potato or Cajun fries) and even a "cold food bar," with cocktail shrimp, littleneck clams or Blue Point oysters.

Hook & Reel currently boasts just eight locations, all on the eastern seaboard, but the "coming soon" section of its website lists a host of newer spots, including ones in Denver and Idaho in addition to the one in St. Louis. A much bigger expansion in Maryland also appears to be underway.

The woman who answered the phone at Hook & Reel's corporate headquarters said she was not sure when the St. Louis location would be opening, and didn't know who might have more information. We'll update this post if we learn more.