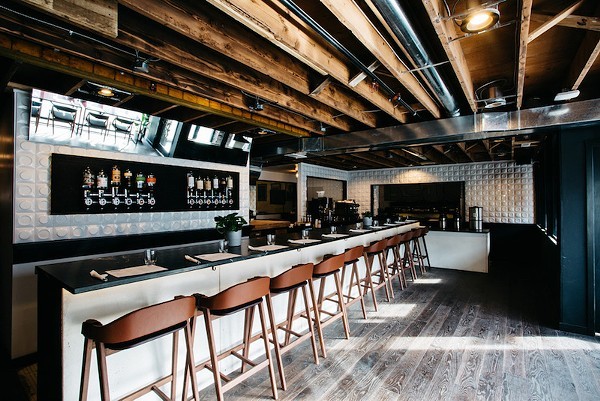 Got an opinion on Kaldi's vs. Aldi's? What about Branson vs. Hanson?

For the first time ever, Brennan's Work & Leisure (3015 Locust Street, 314-620-3969) will host what's become the signature event of its sister bar in the Central West End: Arguments & Grievances.

The long-running series — it debuted at the original Brennan's all the back in 2006 — features "live debates about culture's most insignificant subject matter," in the words of its organizers. And yes, we're pleased to count ourselves among the insignificant: In 2009, the debate series tackled the question of "RFT vs. Alive Magazine." (Bizarrely, Alive won, but since the verdict clearly was rigged, we have chosen not to hold a grudge.)

The bill for the series' Midtown debut on July 25 is a doozy. On the topic of Top Gun vs. Top Golf, comedian Kenny Kinds (who is genuinely hilarious) will argue on behalf of Top Gun, while Adam Lough (everybody's favorite Brennan's bartender, and also a fine hairdresser) will argue for Top Golf. Funny people Emily Hickner and Brandon Judd will debate Hanson vs. Branson, while Kate Vermann will argue that Aldi's is better than Kaldi's. And you can watch all the fun for just $5.

At this point, it's worth noting, Brennan's is still seeking someone to represent Kaldi's. Says Zach Gzehoviak, Brennan's marketing and events manager, "Kaldi's is our office partner at the new spot, so I may just text them and tell them to send somebody. Or I may argue on their behalf." Or maybe it could be you! Who doesn't love a cup of locally roasted coffee?

If the event takes off, Gzehoviak says Brennan's may continue using Brennan's Work & Leisure as its host. Part of the idea behind the second location, he notes, was to have more room for events (it's also a coworking space). "We've got big screens and a stage," he says. "It's a nice setup for it." And what could be more lovely than arguing vociferously about insignificant stuff without getting jostled while you do it?