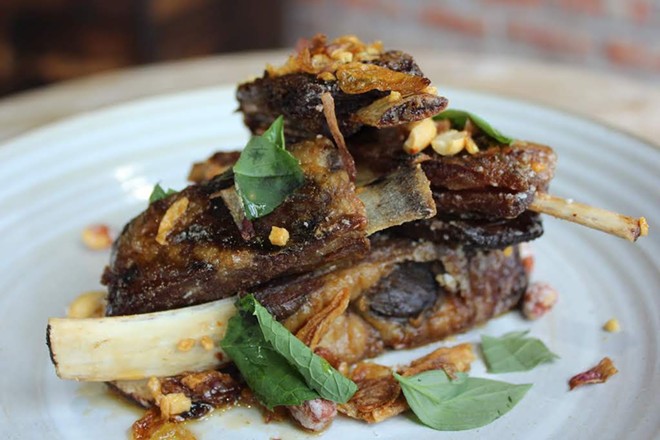 With all the hype surrounding James Beard nominated chef Nick Bognar’s debut restaurant, he wants to make sure it isn’t taken too seriously. If anything, he wants his new southeast Asian and Japanese restaurant Indo (1641 Tower Grove Avenue, 314-899-9333) to feel like a “professional party.”

"I really like the idea of everyone who comes here essentially not feeling serious about it, yet getting very serious food,” Bognar says.

Set to open this Friday, Indo will feature a rotating menu, a bar and “rapid-fire” coursing, with both hot and cold meals. Patrons can try a variety of smaller dishes, share a large dish for the whole table, or dine omakase style at the restaurant's eight-seat chef’s counter.

While this is Bognar’s first restaurant, it is not his first go-around. The St. Louis native grew up learning from a family of restaurant owners, and started his formal cooking education at St. Louis Community College Forest Park. He then worked at restaurants in Austin and Cincinnati before returning home two years ago to run his mother’s longtime restaurant Nippon Tei in Ballwin.

Bognar’s work there was transformative. He established a sophisticated sushi menu at the strip-mall restaurant, thrusting him into the spotlight. This year, the 27-year-old was a semi-finalist for the James Beard Rising Star Chef Award. Riverfront Times food critic Cheryl Baehr declared his sushi the best in the metropolitan area.

With Indo, Bognar gets to mix his formal training in Japanese modern cuisine with his Thai heritage. (The name is an abbreviation of Indochina.) Bognar grew up making Thai food with his grandma, an experience reflected on Indo’s menu and its decor. Photos of Bognar’s relatives, including his grandmother, line the walls. 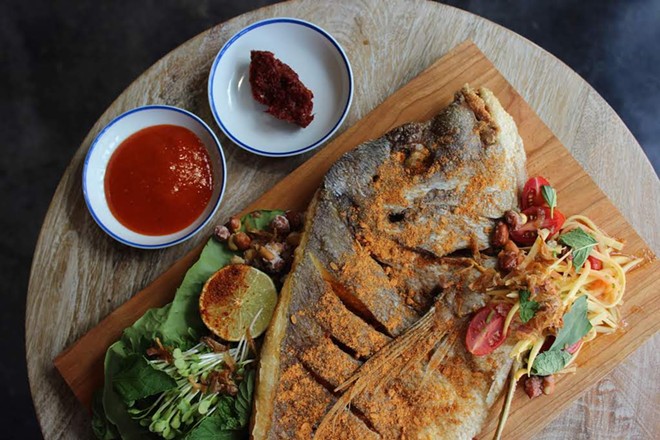 "A lot of the stuff she’s taught us, we don’t really need to change," Bognar says. “But in a way, we bring it to a modern restaurant setting.”

Bognar says it’s really important for him to approach dishes with his own style. He loves mixing a variety of flavors — like using Midwest beef for classic Thai dishes or adding a spicy paste like his grandmother did.

Some of the restaurants dishes include fried madai with a papaya salad, crab and rice served in a clay pot, and lamb ribs garnished with candied peanuts. 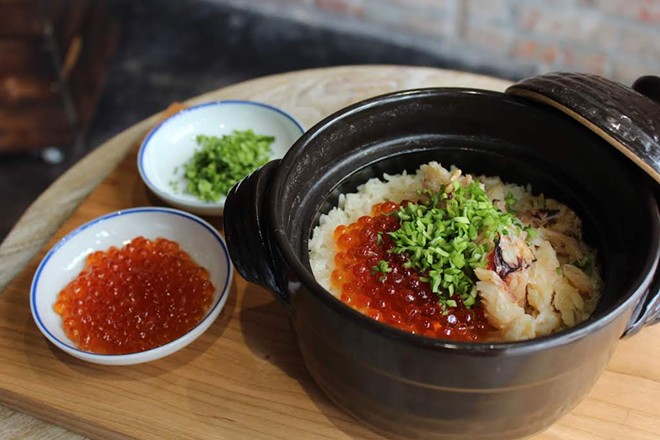 “Part of my stamp on meals has become getting you to have a bunch of different flavors in one dinner,” Bognar says. “I think that brings a ton of value to what we do. You can sit down and have lots of different stuff. That’s not something you can do at home.”

From Thursday to Sunday, the eight-seat chef’s counter will include an omakase menu. Patrons can also dine a la carte or in the formal dinner space. Indo will even have an outdoor patio with a small bar. 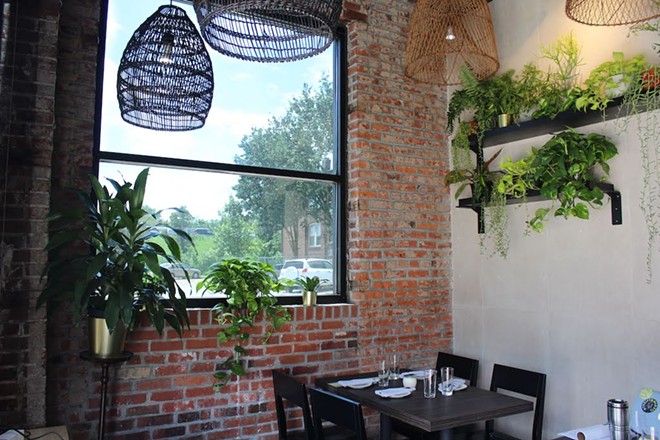 Blue walls, wooden tables, and plants growing down the interior brick are featured through the restaurant, which was previously home to Good Fortune. Since Indo seats approximately 40 people, Bognar wants to keep the staff small but strong. Members of the team include chef de cuisine Mark Silva and Hana Chung, previously of Vista Ramen.

Bognar wants the small space to “to bring all the amenities of a fine dining restaurant.” Most of the up to ten dishes offered will change daily, but a few will remain constant.

"I want people to feel like we stay fresh overtime and we give them a reason to come back," Bognar says.

As well as high-quality and local ingredients, Bognar says Indo will feature a wine list curated by sommelier Zac Adcox of Reeds American Table and a creative series of cocktails including one that arrives with a bag of rock candy and hibiscus.

Bognar says many people might not know what to expect from the restaurant, but he knows exactly what it is.

“Is this a serious omakase restaurant? Is it this kind of rustic Thai restaurant? I think it's none of those things,” Bognar says. “It's just me cooking what I'm excited about on any given day.”