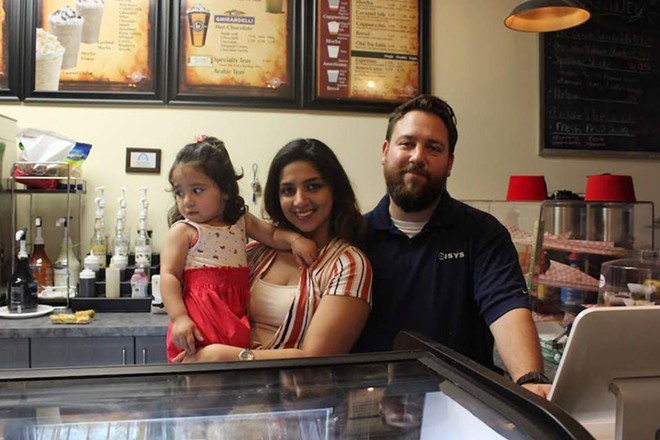 When Esraa Simon came to the United States as a refugee fleeing the war in Iraq, she longed for a place that reminded her of home. She grew up in Baghdad going to coffee shops and eating baklava. But she couldn’t find an Arabic cafe anywhere in the St. Louis area—until now.

On May 18, Esraa and her husband George Simon opened Sedara Sweets & Ice Cream (8011 MacKenzie Road, Affton, 314-532-6508) out of a strip mall in Affton. Among many items, the casual counter-service cafe serves Middle Eastern specialities like baklava and Arabic coffee. Just taking a bite of the Iraqi baklava brings Esraa back home.

"I just remember me—how I was in my country,” Esraa says.

As well, the cafe offers a small savory menu featuring breakfast bread, falafel and shawarma sandwiches, with rotisserie versions of beef or chicken both on offer.

"We want to have something for everybody," George says.

George teaches Arabic at Saint Louis University High and works as an Arabic interpreter; he first met Esraa in St. Louis while interpreting for her family. Many of their first dates took place in coffee shops. These dates reminded her of home, but Esraa still remembers how isolating being a new immigrant can be. 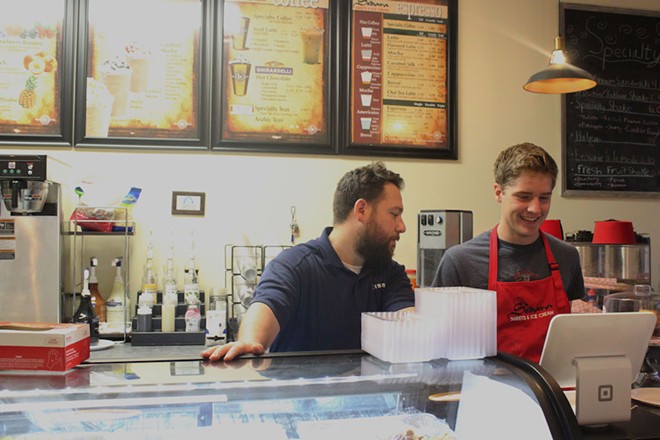 "It is so hard because we don't have people to tell you the direction—what you have to do. What is right. What is wrong. The law. We have nothing,” Esraa says.

Starting the cafe helped bring a sense of home to Esraa, and the couple wanted others to feel that too. Customers can sit sipping coffee or tea, listening to Arabic music. "People are living in exile thousands and thousands of miles away from home,” George says. “It's nice to have a place to come."

Before they opened, George’s mother told him she didn’t think Affton was ready for an Arab restaurant. Since then, George has seen a wide range of people come into his shop.

"People who I never would have thought would be coming in here are eating baklava and drinking Arabic coffee,” George says. “It's happening."

Someday George hopes Sedara can be a cornerstone of the St. Louis area, but for now, he and his wife are just proud of the work they’ve done.

“I'm almost going to be seven years here [in the U.S.] and I did something,” Esraa says. "That means a lot to me."