At St. Louis Tour D'ONut, Cyclists Will Pedal to (and Eat at) 5 Doughnut Shops 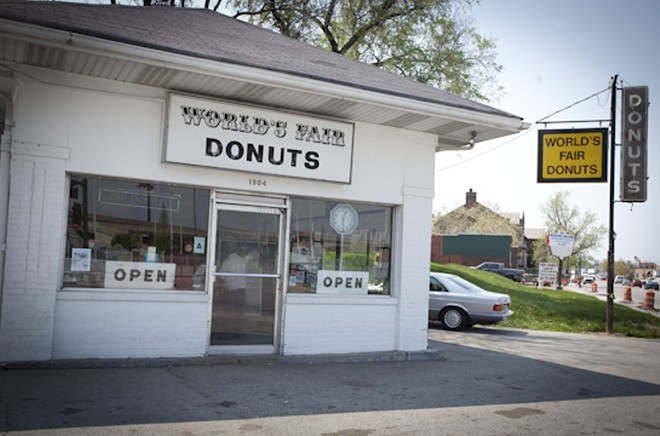 If you've ever wanted to burn your breakfast calories even while you're eating them, St. Louis Tour D'ONut 2019 is the event for you. With wheels spinning along the city pavement and doughnuts circling around their stomaches, cyclists will be taking a trip to five independently-owned doughnut shops next Saturday morning.

The event is a reboot of one that lasted several years, starting in 2011. The triathlete and doughnut enthusiast says he had a great time at the previous events and, after completing a Whole30 diet, decided to reboot it alongside co-organizers Ted Floros and Grace Kyung.

"I probably cycle to make up for all the carbs I'm eating," Menietti says.
He also hopes to bring business to local doughnut shops. While people might love doughnuts from supermarkets like Schnucks, and Menietti says they do a pretty good job, he thinks the smaller shops get overlooked.

And while the RFT once lazily took a drive around St. Louis's doughnut scene, the D'ONut route, just under a "manageable" fifteen miles, is intended to be doable for "the average biker," balancing advanced and casual cyclists alike, Menietti says.

"We're not planning on going at a snail's pace, but we're not going to go too fast either — knowing that people will take some time to actually stop at the actual store," he says.

Attendees are encouraged to wear doughnut-themed apparel, with prizes available for those that get into the glazed, doughy spirit. Regardless, the event is looking to attract "people who enjoy biking or donuts or both." Perhaps you might buy some PEDs: performance-enhancing doughnuts. 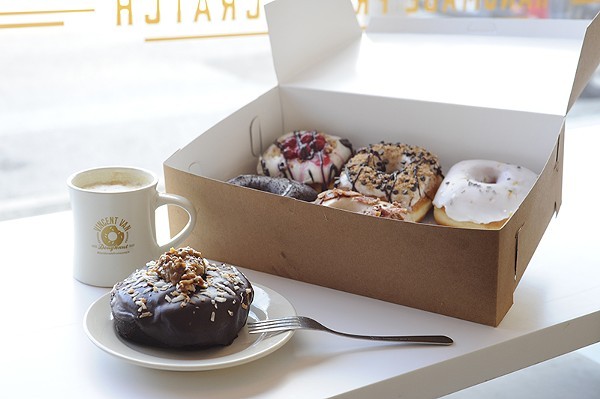