With Chao Baan, the King and I's Owners Bring Regional Thai to the Grove 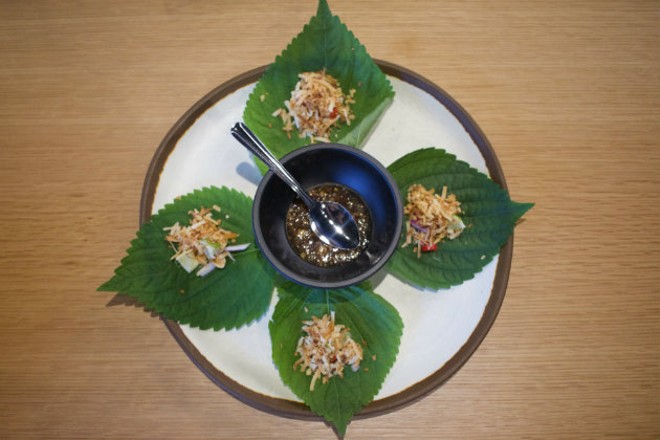 Thirty years ago, the Prapaisilp family took a chance and opened the King and I on south Grand, giving St. Louis one of its first tastes of Thai food. Three decades — and a string of successful business later — they are again offering local diners something new, this time with a new restaurant called Chao Baan (4089 Chouteau Avenue).

The restaurant, which will open sometime next week in the Grove's new mixed-use Chroma development, may be Thai through and through, but it significantly deviates from the standard playbook offered at other local Thai restaurants. According to Shayn Prapaisilp, who owns Chao Baan with his father Suchin, that's because it reflects his family's heritage, which spans two different regions of the country.

"My dad is from the south, which borders Malaysia, and my mom is from the northeast, which is right next to Laos," Prapaisilp says. "The way I describe it is to imagine that if someone from Miami and someone from Seattle happened to meet — and if it wasn't for St. Louis, they never would have met."

As Prapaisilp explains, his parents separately immigrated from Thailand to the U.S. for college in the 1970s; his dad landed in St. Louis and his mother settled in Chicago. His father opened Jay International Food Corp. a few years after he arrived, and would regularly travel to Chicago to purchase product for the store. At the time, his mother worked for a travel company that served the Thai community, and their paths crossed. Eventually, they fell in love, got married and moved to St. Louis to begin their life together.

Together, the Prapaisilps opened the King and I in 1981, which they parlayed into several other business including Global Foods Market, United Provisions and Oishi Sushi and Steakhouse. Because of this string of successes, Chroma's development team approached the family about opening a restaurant in their building. The Prapaisilps agreed, with Shayn spearheading the project.

But he decided to do things differently.

"At first, I think they thought we were going to do a King and I 2.0," Prapaisilp explains. "But with the Grove being such a dynamic restaurant destination, we thought we'd do something different."

Prapaisilp describes the cuisine in his parent's two native regions of Thailand as being very different from the Thai food seen at most restaurants, which is mainly from the central part of the country. As he explains, food from the northeast takes its cue from Laos and is characterized by fish sauce, funk, fermentation and sourness. Southern Thai food, on the other hand, has a dry heat and uses a great deal of turmeric.

But it's not just the differences in flavor that make Chao Baan unique. As Prapaisilp explains, the food has a rustic, country feel to it that evokes the sort of meal you have in someone's home.

"I like to joke that this is hoosier food without the derogatory connotation," Prapaisilp laughs. "This is the stuff you will see at a family barbecue or a dinner — the food everyday folks eat."

To this end, Chao Baan will serve dishes like mieng kham, a small but powerful appetizer of dried shrimp, lime, chiles, coconut and peanuts wrapped in betel leaves. Another dish, the khao tod nam sod, features crispy rice and fermented pork — one of Prapaisilp's favorite dishes.

The Prapaisilps enlisted Space Architecture + Design to create a restaurant that is both modern and warm, with dark blue walls, blonde wood furniture and wicker-like chandeliers and a shiny open kitchen. A separate bar and lounge area to the front of the restaurant follows the same aesthetic. "We wanted it to look like an Asian restaurant without being kitschy and having a dragon out front," Prapaisilp says.

Prapaisilp anticipates that Chao Baan will open within the next week, but he is still working on an exact opening date. It can't come soon enough for the family, which is thrilled to show off a concept that is so personal to them.

"When we opened the King and I, we were the first Thai restaurant. Now there are like 40 in the area," Prapaisilp says. "It's flourishing and we're happy, but for this, we wanted to pivot and cook the food that we eat at home. It's a love letter to St. Louis." 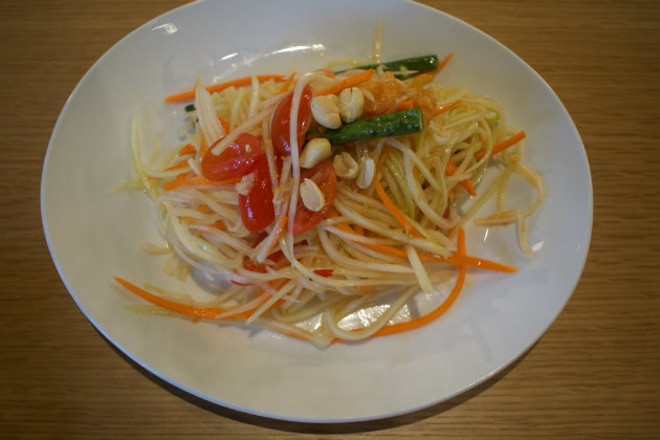 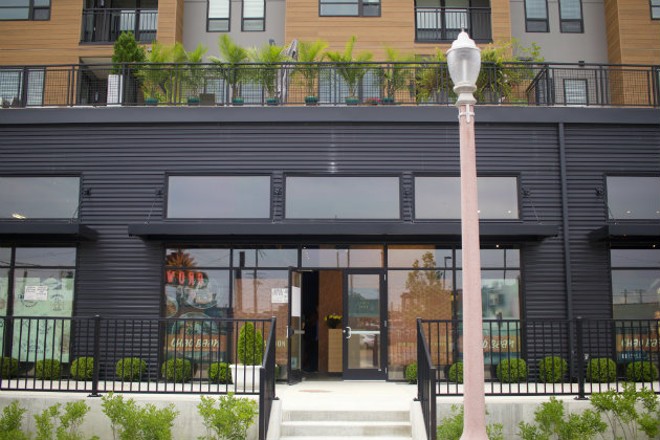