An Open Letter to Boston Magazine From Brennan's 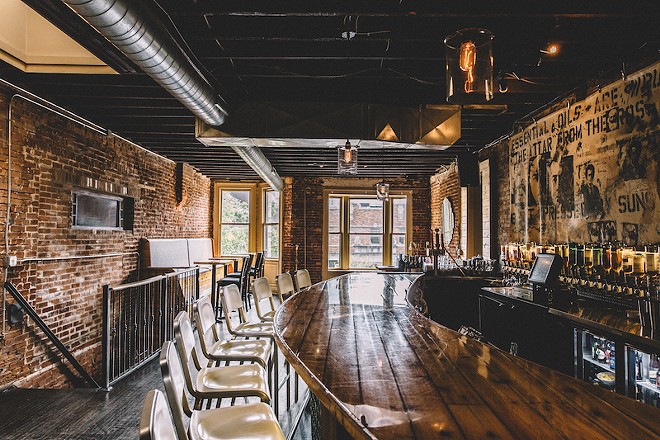 This morning, the sore winners over at Boston Magazine published a story by Spencer Buell taking umbrage at the most recent message board at Brennan's, which, yeah, mocked the city's silly accents. When Kevin Brennan asked for the opportunity to respond, we were happy to turn over the keys to our website.

Not sure which is worse, the Boston accent or your reportorial skills. First of all, what self-respecting bar (bah) opens in time to return phone calls before 11 a.m.? (That's 10 a.m. St. Louis time.) You didn’t even factor in the obvious – we were up until five a.m. drinking our feelings and tending to our wounded ears. (The only thing worse than listening to the Boston accent itself is listening to our Boston friends gloating in their Boston accents over a hockey defeat of our beloved Blues.)

Of course the quote is meant to be a botched, outsider take on whatever it is you people warble to one another. It would take an advanced linguistics degree from Hahvahd and years of study to parse the phonetic detail of the guttural utterings that pass for English in your town. Since you couldn’t even get the name of the bah correct (it’s Brennan’s),  I don’t expect you’ve discerned the easily-mockable St. Louis accent either. Then again, the 45 minutes you allotted to reporting this piece (from the time of your voicemail to the posting) clearly didn’t allow for depth of sourcing.

Spen-sah, if you didn’t like that board, wait until you see Wednesday’s. Let’s just say it won’t be a Tea Pahty. Please go cry your oversensitive feelings into one of your six Stanley Cups. (Hell, I’d hand you a seventh today if I never had to hear that accent again.)

Anyway, no hahd feelings – when you’re in St. Louis next please see us for a Cape Coddah and clam chowdah on the houwsse.

Below, the message board (and tweet) that started it all:

The wall at @DurangoCigars, where I posted up for a smoke earlier. #StanleyCup pic.twitter.com/Fz82IjNjRe