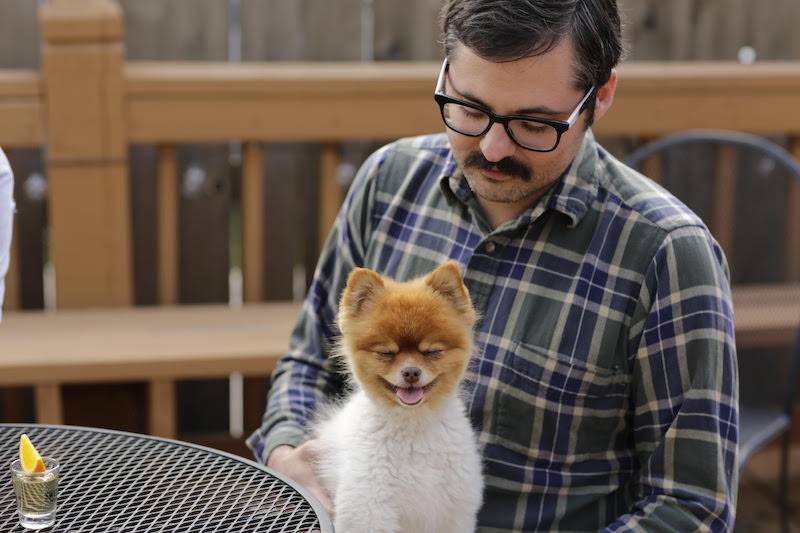 Ben Hoelzer, who will soon open a new coffee shop in the space that previously held Living Room Southampton (5760 Chippewa Street), wishes he could point to a deeper meaning for its name. Ursa Minor, which means "little bear" in Latin, is best known as a constellation, so maybe that's it?

"I could say the North Star is my guiding light," he says. "But really, I just like my dog a lot!"

And Hoelzer hopes his adoption of the Living Room will lead to as happy a result. As the RFT reported last week, owners Nate and Hannah Larson quietly closed their Southampton location earlier this month after a little less than a year in business. Nate Larson explained that the duo had been stymied by the lack of kitchen in a neighborhood that seemed hungry for food service and frustrated by the demands of juggling its needs with their original Maplewood location. When Hoelzer, who'd been an employee at the Southampton spot, made an offer to buy, it seemed like the best possible ending.

Hoelzer is confident that he can make the location work. A shared space with Craft Beer Cellar, the coffee shop has been (and will be) open for coffee in the morning, retail beer throughout the day and craft beer pours in the evening.

He agrees with the Larsons that there's just no way to make food on site. But he's not giving up on serving it.

"It's St. Louis," he says. "We have a great food scene here. I've worked in the industry a long time, and I know lots of people. Hopefully we can have some fun collaborations."

Hoelzer has a decade's experience in coffee. Certified through both the barista guild and the World Tea Institute, he worked a half-dozen years at Half & Half's original location with Blueprint founder Mike Marquard before decamping to the Living Room in Maplewood. After about a year there, he left the industry to work as a software developer, but found himself missing interactions with people — and coffee. He ended up offering to help the Larsons with the Southampton opening.

"I was enjoying the job as a software developer, but I wanted a break," he says. "I said, 'I'll give you six months to get this place opened.' Obviously, that's turned into much more."

And there may be much more to come. Hoelzer hopes to begin inviting food trucks to Ursa Minor Coffee on the weekends. He also would like to transition to roasting beans in-house and to working more closely with a natural partner: Ursa Minor Coffee's roommate, Craft Beer Cellar. "It's a unique situation in that we share that space, and we're both excited about utilizing it for events and drink collaborations, food collaborations," he says.

First, though, he's got to get the new business open. He says he's mainly just working with City Hall to get all the necessary permits in place, and then will be open for daytime service. "The sooner the better as far as I'm concerned," he says.