What the Hell Have They Done to Our Beloved Stag Beer?

Stag Beer, that beloved mix of suds and ground-up deer antlers [EDITOR'S NOTE: FACT-CHECK THIS] born and brewed for years in Belleville before being acquired by Pabst in 1999, is undergoing some changes.

Enjoyed by hipsters and life-long drunks alike, the "Steak, Taters and Gravy" brew has long enjoyed a fiercely loyal cult following in the St. Louis area, as well as parts of southern Illinois, due to its easy drinkability and dirt-cheap price point. One south city man even famously converted his home into a shrine to the deer beer, with Stag's iconic logo emblazoned on his garage door.

But thanks to a new rebranding and marketing push, that logo is about to go by the wayside in favor of one that's more "tribal tattoo" than "majestic deer." Additionally, the company is rolling out a new product this week: a light beer version dubbed "Stag Session." With 3.8 percent alcohol compared to Stag classic's 5.2 percent, each can contains just 110 calories, as opposed to 156. You know, for those Stag drinkers watching their waistlines.

Strange Donuts co-founder Corey Smale, now an associate brand manager with Stag, is one of the minds behind the lighter brew.

“More than 50 percent of beer sold in the St. Louis area is light or offers lower ABV,” Smale says in a press release. “We are looking forward to competing in this new space with the great taste Stag lovers expect from our iconic brand.”

Stag has been teasing its redesign on its social media accounts for a few weeks now. The reaction from the public at large has been...skeptical, to put it mildly. 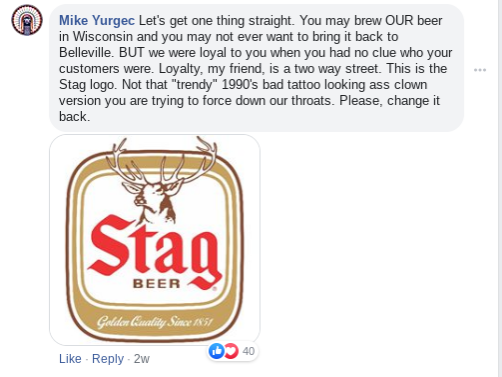 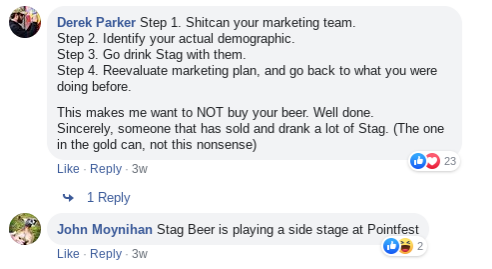 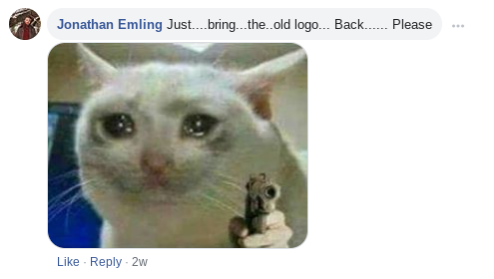 Now, we here at RFT are no strangers to Stag — this reporter alone has drank his weight in deer beer a thousand times over. In keeping, we felt compelled to give a fair shake to the brew that's given us so much, even if it does appear from the reaction of the online commentariat that Miller-Coors might be making some missteps.

So after calling around to a handful of liquor and grocery stores, we found a twelve-pack at the Schnucks on Lindell. At $7.99, its price mirrors that of regular Stag, which is to say gloriously cheap. We grabbed a tallboy of the high-test stuff as well, just for comparison's sake, and three RFT staffers graciously volunteered for the arduous task of drinking beer at work before noon.

"I don't hate it," one staffer offered. "If it comes in bottles, I might buy it."

"Still has that weird Stag tang," said another. "So in that sense, it's legit."

"It just tastes like watered-down Stag," agreed the third.

And it's true. If it had to be compared to another light beer on the market, the closest would probably be Coors Light, but when consumed side-by-side with the original version, Stag Session is unmistakably still Stag. Just less so. With its lower ABV, it'd make a great poolside companion on a hot summer day on which you don't want to get so drunk that you drown.

“We are grateful for our loyal Stag drinkers who enjoy the unique and bold taste of Stag,” Smale says in a press release. “Our objective with Stag Session is to introduce Stag to a new fan base who prefer lighter, more refreshing alternatives to Stag.”

In that sense, mission accomplished.

But as for that logo? Seriously guys, you might wanna walk that one back.