Ember Plans to Open in the Grove, Bringing DJs and Bottle Service to Siam Space 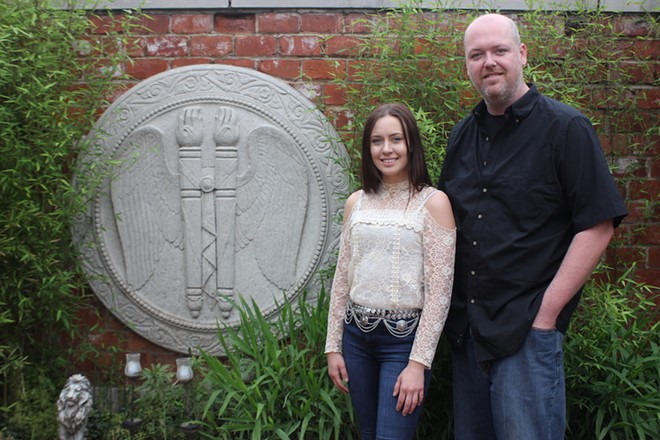 Ember, the new nightclub planning to open in the next month or so in the Grove, is going to be huge. "It's one of the largest clubs in St. Louis," says co-owner Ryan Jacobsen of 4121 Manchester Avenue.

He's not kidding — the space that was most recently home to Siam and was previously Novak's is roughly 4,000 square feet inside, with another 2,500 square feet of sprawling, brick-lined patio. And if Jacobsen and co-owner Paige Lewis have their way, it'll be huge in other ways too.

"We want to do a Vegas-style nightclub with St. Louis sensibilities," Jacobsen says. "We love the idea of opulence, luxury, couches and bottle service — but we also want to be able to say,  'Here's a $4 shot, here's a $4 beer.'"

That pricing, Jacobsen promises, will extend to bottle service. That option, along with top DJs, is how they hope to define the club. But it's not all for high rollers. "We'll have $250, $300 options," he says. "And we'll even have $1,500 bottle options. But the vast majority of bottles will be an affordable choice, especially if you're there with a few friends."

They hope the patio, in particular, will be a destination for that kind of night out. They've purchased no less than five sets of sectional couches so that just about everybody outdoors can enjoy a lounge-like feeling, not just the select few. "We spent almost as much money on the furniture as we spent on the sound system, and that was $35,000," Jacobsen reports.

Jacobsen and Lewis are both industry veterans. With fifteen years of management experience under his belt, Jacobsen is a Lake St. Louis/Wentzville native who did stints at various country clubs and the Hooters on Kiener Plaza before landing a gig at Ballpark Village's Budweiser Brew House.

There he met Lewis, a Belleville native who working at the Crown Room. "She started there about four months after I did," he says of the downtown entertainment juggernaut. "I could identify right away that she was crazy creative and able to do all kinds of stuff." She'll be taking the lead on social media, entertainment and marketing.

They chose the Grove, he says, because they like the way its nightlife is by locals, for locals. "I have a lot of respect for everything Ballpark Village does for the community as a whole," Jacobsen says. "I'm not going to disparage them in any way. But it's a big box company. We want something local and homegrown." And the new residents coming to the neighborhood are a huge draw; there's a seven-story apartment building under construction almost literally in the bar's backyard; another large complex, the Chroma, is just a block away. Add the thousands who come into the Grove just for its nightlife, and there may be enough revelers to fill that huge space.

As for food, Ember has a kitchen, but for now, they won't be cooking. For Jacobsen, who himself graduated from culinary school, that was an easy decision. "How can I even compete with the restaurants in this neighborhood?" he asks. "They're so good!" 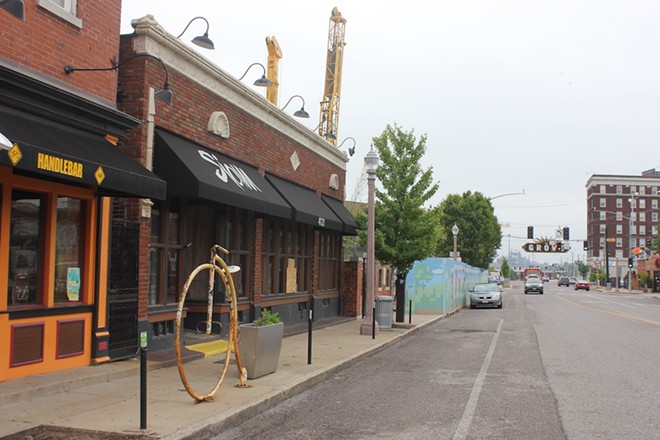