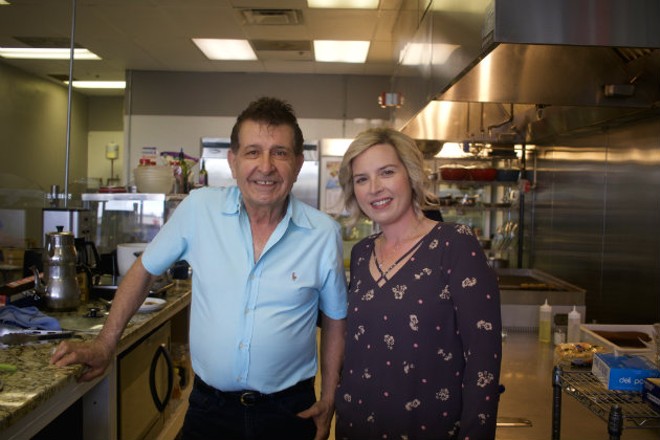 Last month, Bridgeton diners got their first taste of Reza Toghiyany's cooking at his new restaurant, Esther's Persian Cafe (12466 St. Charles Rock Road, Bridgeton; 314-755-1882). Located in a strip mall just east of Interstate 270, the charming restaurant is Toghiyany's professional cooking debut, though if you ask his daughter, Esther Spurgeon, it's a role he's been primed to play for quite some time.

"My dad has always loved cooking. It's all I can remember him doing," Spurgeon explains. "We would always have friends come over who wanted him to cook for them. Eventually it grew to be more and more until finally we said, 'Dad, you should open a restaurant.'"

As Spurgeon tells it, her father has always been a passionate home cook, but he never pursued it for a career. Instead, he earned a living as an entrepreneur focusing mostly on car sales. However, in his free time, Toghiyany would be in the kitchen, perfecting his recipes and coming up with new ones.

His reputation grew, and eventually, he was asked to cook so often and for so many people that he could no longer do so from his home kitchen. He began to host elaborate feasts at the park so he could accommodate the large numbers that clamored for his cooking. As Spurgeon explains, he is eager to capitalize on that success with Esther's Persian Cafe — named, naturally, for his daughter.

"St. Louis is becoming such a food city, so we all felt that the time was right to do this," Spurgeon says. "We told him to focus on the food and whatever he needed to cook and we would help him with the rest."

Toghiyany spent a few years looking for the right spot before settling on the Bridgeton storefront. With good highway access, growing Maryland Heights nearby, several business in the surrounding neighborhood (like DePaul Hospital) and nothing else like it in the area, the space ticked all the right boxes.

Spurgeon and her husband, Jake, were in an especially good position to help Torhiyany convert the storefront into a warm, stylish restaurant; Jake is a designer for Mosby Building Arts, and he lent his expertise to create a restaurant outfitted in earth-tone granite and French blue paint, its shiny open kitchen equipped with colorful pots and pans. Roughly twelve tables provide seating at this full-service spot. 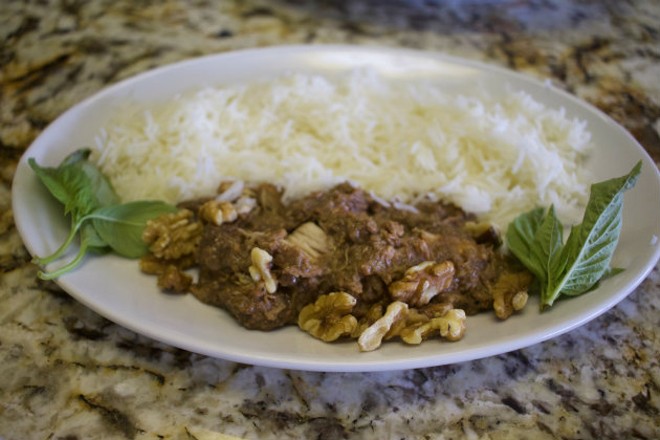 As its name suggests, Esther's specializes in traditional Persian cuisine such as kabobs, stews like the pomegranate and walnut chicken delicacy fesenjan, and appetizers such as kookoo sabzi, an egg and herb pie that Toghiyany finishes on the grill so that it crisps up on all sides.

Toghiyany is especially proud of his beef koobideh, a Persian ground beef kabob that is grilled so that its exterior picks up a delectable char. Because he grinds the meat coarsely, he is able to achieve a pleasantly rustic texture. His other secret? "There are a certain number of times he hits the meat on a plate before putting it on the kebab. He says that makes a difference," Spurgeon laughs.

For now, Toghiyany and Spurgeon are focusing on making sure everything goes well with the small Bridgeton storefront and are eager become a part of the community's dining landscape. But if Esther's is successful, they do not rule out something bigger down the road.

"We wanted to start small, but eventually we would like to move into a stand-alone building with a full bar that it could be more of a full restaurant experience," Spurgeon says. "This is what he was meant to do."

Esther's Persian Cafe is open Wednesday through Sunday from 11 a.m. until 9 p.m. 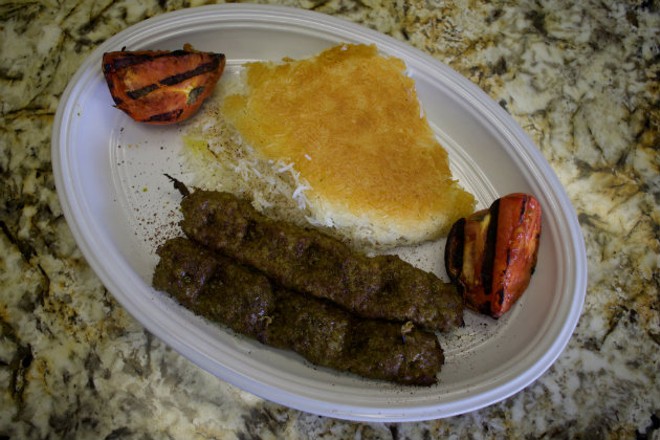 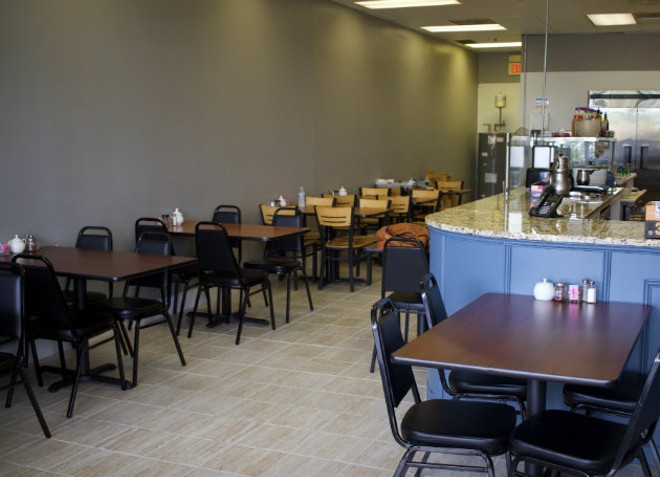 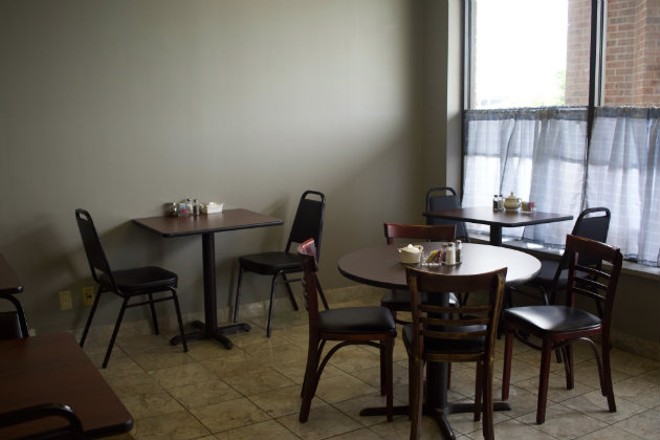