Frankly on Cherokee to Close May 18, Sell Food Truck and Brand 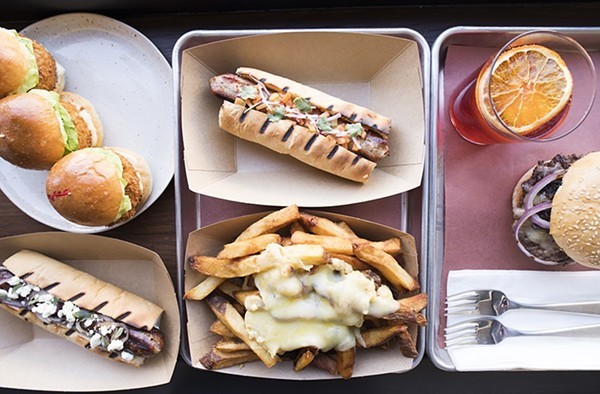 Owners Bill and Jamie Cawthon announced on their website this morning that they'd be closing the concept and selling both the brand and the truck that kicked everything off.

The restaurant's final night of service will be Saturday, May 18.

"Despite giving it our very best efforts, we simply couldn’t make the location work for our concept, so we will be serving our last dinner this Saturday," the restaurateurs wrote. "Please help us say goodbye by allowing us to do our favorite thing, serving you a great meal.

The Cawthons moved back to Bill's native St. Louis after years in Los Angeles. While Bill Cawthon continued his path in the fine dining inudstry, working for Pastaria and Cardwell's at the Plaza, the food truck he launched, Frankly Sausages, quickly became a hit. In November 2017, he opened the counter-service brick-and-mortar Frankly on Cherokee on Cherokee Street, and drew serious acclaim.

But while Cherokee Street gets great foot traffic, it's proven a tough spot for restaurateurs. Vista Ramen — another widely acclaimed eatery — closed its doors last year after a brief attempt to rebrand as a diner-style concept. The Palm Trees, a well-regarded Saudi restaurant, also failed to make it work.

More recently, Propaganda also announced it would be closing after a two-year run on the street. Like Frankly on Cherokee, it will have its last day of service on Saturday.

The Cawthons did not indicate what they intend to do next, stating simply, "While we don’t have any future plans ready to announce, we are very much looking forward to new ways to bring you the thing we do best: Excellent, unbending quality food grounded in the principle of doing something simple, right."