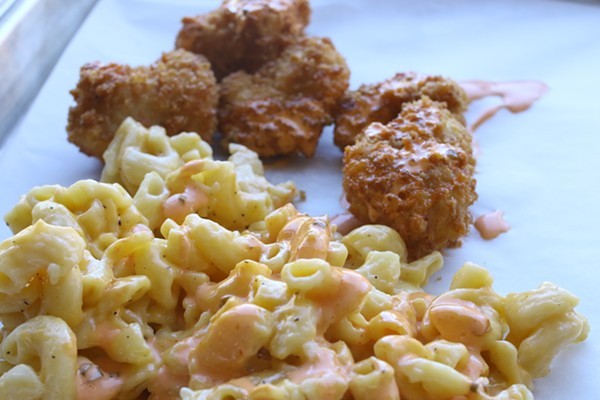 It was another busy month in the St. Louis restaurant scene — and this time, openings dwarfed closings. In addition to reopenings, like the West End Pub & Grill (back after the neighbors reached in to save it) and Taco Buddha (back in business after a fire had shuttered it a few months before), newcomers like the Ozark-themed Bulrush had diners salivating.

Other good news? Salt + Smoke continued its march toward barbecue domination, with a new location in St. Charles, while Hi-Pointe Drive-In opened its second outlet downtown even as the stoner-themed Fried opened downtown in the former Red Oak Biscuits spot. And while the landmark Goody Goody Diner closed its doors indefinitely after a fire, the Facebook page for O'Shay's Pub promises something new could be on site soon .... perhaps a new restaurant entirely.

Did we miss anything? Let us know in the comments section.

See also: Scape Will Close Its Doors After Easter Brunch

See also: The Silver Ballroom Is Getting Pizza, Korean and More