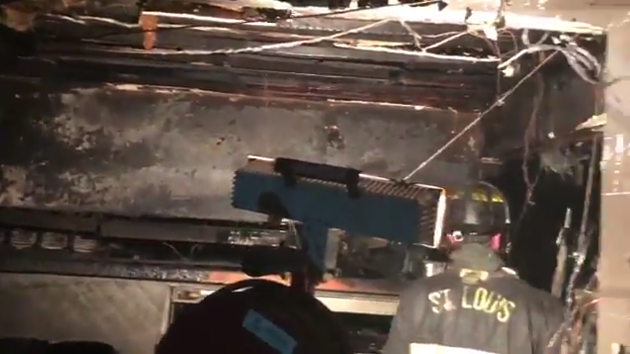 Goody Goody Diner (5900 Natural Bridge Avenue, 314-383-3333), a north St. Louis institution since its opening in 1948, was badly damaged in a fire Monday night, resulting in its indefinite closure.

The Post-Dispatch reports that firefighters arrived on the scene at about 9:40 p.m. to find smoke billowing out of the restaurant. St. Louis Fire Department Captain Leon Whitener tells the daily that the crew had to cut the diner's metal doors to gain access to the building.

Once inside, firefighters did not see any visible flames. Whitener says the building's close quarters and insulation left little oxygen for the fire to feed on and it had burned itself out by the time they showed up.

Video posted by the fire department to its Twitter account shows extensive fire damage to the building's interior. Officials are conducting an investigation as to the start of the blaze, but they say it appears to have started in the kitchen. The dining area also suffered smoke damage.


The restaurant is only open for lunch and dinner, and so it was closed when the fire broke out.Fox 2 reports that though the kitchen and dining area are badly damaged, the building itself remains intact.

Still, the damage will keep the diner's doors closed for now. According to Goody Goody's Facebook page, the restaurant will be closed "until further notice."