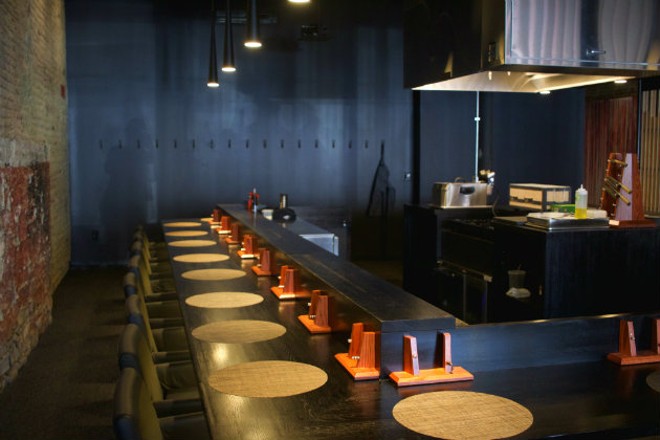 Rob Connoley can't help but laugh when detailing the Planes, Trains and Automobiles-style quest he endured to get his liquor license. It was a race against the clock to ensure he could open his forthcoming restaurant Bulrush (3307 Washington Avenue, 314-449-1208) on schedule. Car crashes, multiple school busses, an elevator full of pizza party-goers and a race through several floors of City Hall all conspired to keep him from making it to the city's Excise Department before it closed. In the end, though, he prevailed, getting his license with a time-stamp of Friday, April 12 at 4:59 p.m., a mere 60 seconds before closing time.

Such a down-to-the-wire ordeal might strike anyone who has followed Connoley's journey to open Bulrush as comical. After all, the James Beard award-nominated chef has been working toward the concept ever since he returned to his native St. Louis from New Mexico, nearly three years ago. The fact that his ability to open his doors this Thursday as planned came down to a matter of seconds is not just funny; it runs counter to the fastidiousness with which Connoley has approached the project, from big matters like the location down to seemingly minor details like bar coasters and flatware.

Walking into the stunning Bulrush, however, it's clear that Connoley's exacting standards have paid off. Its tiny storefront door gives nothing away. But once you step inside, a large, square bar in the center of the room greets you, as does a modern, colorful mural the entire length of the restaurant, done in shades of purple, orange and red. A spindly light fixture hangs on the wall, its industrial touch softened by shelves stocked with books and jugs of fermented elixirs.

That's just the front. The main event happens in the restaurant's back dining room, which is actually a bar-style seating arrangement centered around the kitchen, done in red, black and earth tones that evokes the elegance of a high-end sushi bar with the reverence of a traditional Japanese tea ceremony. The fact that it is barely visible through thin wooden slats from the bar area only adds to the mystique.

Located in Grand Center, just a few blocks east of Connoley's former daytime restaurant, Squatters Cafe, Bulrush is the distillation of the chef's vision of food in restaurant form. Though the bar set-up up front is traditional enough, the tasting menu showroom in the back makes you understand that it is not just about getting fed. It is a conversation about dining.

That conversation, Connoley explains, centers around what regional Ozark cuisine looks like in 2019. As an experienced forager, he is interested in exploring what is native to the region — something he had in mind for Bulrush from the get-go. 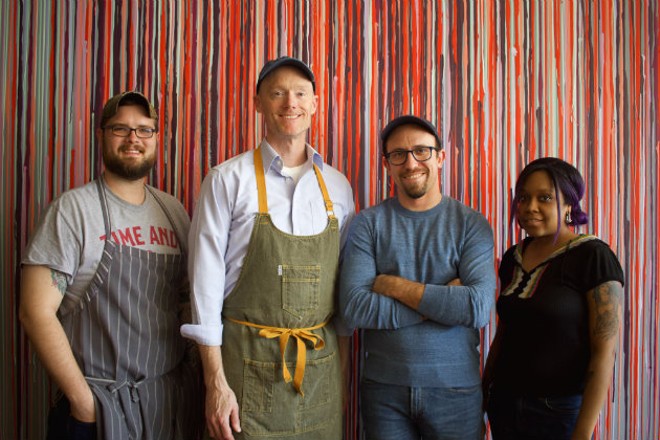 "When this started, I knew that I was going to adopt the food that I know to the local cuisine, like I did in New Mexico," Connoley explains. "And here, that meant the food that I was raised on. We pretty much just put a name on it; Squatters was Southern breakfast food, even though we didn't really call it that. Here, it was a conscious decision to name what we were already doing."

To Connoley, his sous chef Justin Bell and his bar manager Chris Voll, "Ozark cuisine" means the unique culinary heritage of Missouri and its southern neighbors. It's a heritage they have spent hours upon hours painstakingly researching, and then reimagining for a contemporary restaurant. It's the elevation of a cuisine that has been written off as "poor people's food" and now rediscovered.

Bulrush's signature, the Ozark Tasting Menu, will be a roughly seven-course chef's table experience where diners will be served personally by Connoley and Bell, interacting with them as they cook and then present their wares. The estimated 90-minute dinner runs $100 per person, inclusive of tax and gratuity. Optional beverage pairings are available for an additional charge.

Though the chef's table-style dining room will only serve the prix fixe meal, guests may order a la carte entrees at the bar; Bell estimates that a complete meal in this format will run roughly $20 per person.

Voll's bar program fully embraces the idea of Ozark cuisine as well, featuring cocktails made with ingredients such as paw paw and potlicker (the liquid in a pot after cooking greens). There's also a curated selection of local beer and a wine list that embraces Missouri's place in the world of wine. That includes international wines with a regional connection, such as the French varietals that grew on Missouri rootstock during that country's phylloxera epidemic in the 1800s.

Bulrush opens this Thursday, April 18. The restaurant will be open Thursday through Sunday, beginning at 5 p.m. 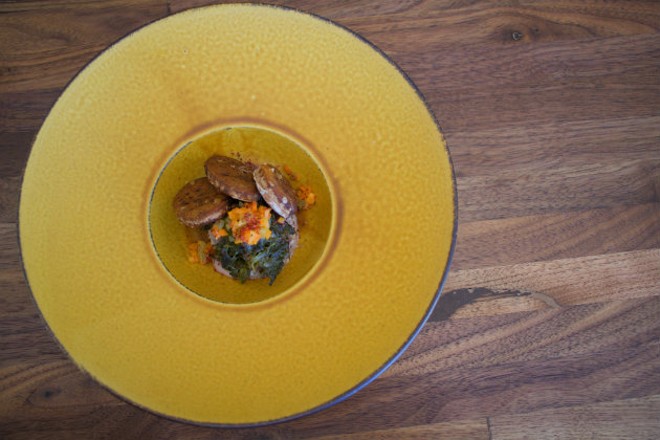