With Naturdays, Natural Light Gets a Strawberry Lemonade Taste 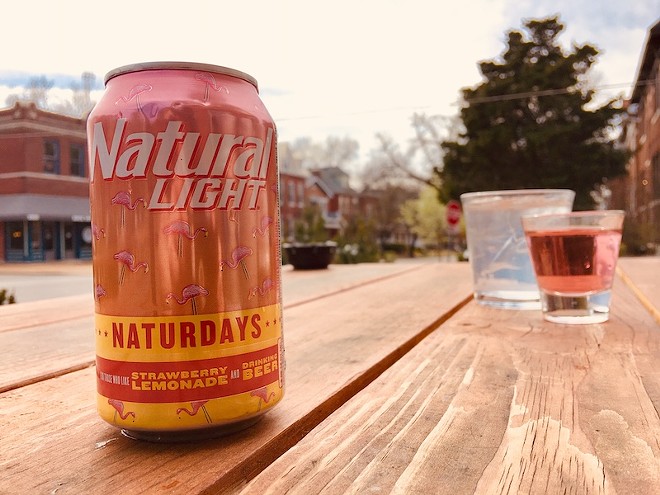 Breweries promoting their latest, greatest creations have a tendency to give their in-house thesaurus a real whirl. Flavor profiles are parsed, a hop strain's history is examined, and the life’s work of an oak barrel is traced from sapling to a vessel for aging.

But Naturdays, the newest variant in the small family of Natural Light-branded beers, takes the opposite approach, with a summation that’s nothing if not straightforward. Naturdays, its website says, is “a sessionable, light lager brewed with a phenomenal combination of ripe strawberry and fresh lemonade flavors that are perfect for increasing the fun of every occasion. For those who like strawberry lemonade… and drinking beer.”

There you have it, and there you are.

This 4.2 percent ABV product isn’t trying to revolutionize brewing; it’s been launched as a popular, good-times choice. (Think last year’s Bud Light Orange, but with new fruits for 2019.) The packaging is flamingo-forward and particularly pink, reminiscent of 1981 greeting card art and giving a dash of bright, visual “pop” to a bar’s back shelf. The product’s clearly meant to be a “crushable” beer enjoyed in multiples.

The beer has already been spotted around town, with a footing in grab-and-go locations such as gas stations (QuikTrip), supermarkets (Schnucks) and specialty stores (Randall’s). A few bars, like the Heavy Anchor, the Hideaway and Big Daddy’s Soulard, have also begun stocking it, as has Apotheosis Comics and Lounge. Sold to bars at $17.80 for a 30-pack, Naturdays should retail with a price point around $3.

As you might imagine from the origin beer, Naturdays doesn’t attempt to overwhelm the taste buds. The strawberry lemonade vibe is there from the get-go and Natty Light’s less-than-robust base flavor is complemented well by the fruitiness. Neither especially tart nor overly sweet, Naturdays is well-positioned to help transition this spring’s beer drinker from winter’s porters and stouts into patio faves like shandys and radlers. And it’s got enough of a quirk factor to hook first-time buyers.

Let’s err on the side of honesty here: Natural Light’s not a great beer. It serves a purpose, but isn’t striving for a place on the awards stand. Naturdays' fan base seems to be more pleasantly surprised than anything. Owing to Natty’s reputation, the most-common compliment is along the lines of “this isn’t bad. At all.” That might seem like damning with faint praise, but Naturdays is, well, not bad. Seriously. It’s not bad. At all.

In addition to being a frequent contributor to the Riverfront Times, Thomas Crone is the liquor/beer buyer at the Tick Tock Tavern in south St. Louis. And yes, the Tick Tock is offering up Naturdays.