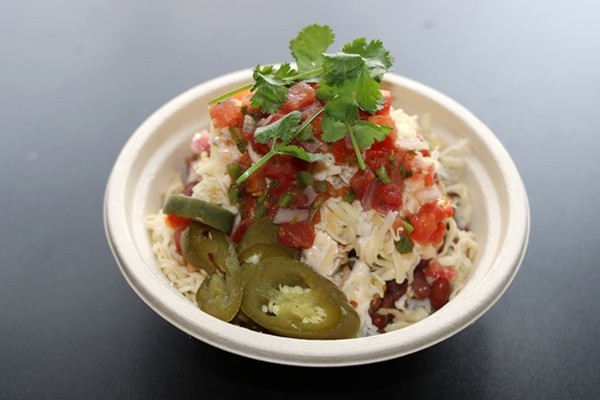 This was a month for new beginnings. "Plantain Girl" Mandy Estrella closed down her successful kitchen within Alpha Brewing Co., the Alphateria — but was part of the launch of St. Louis' first dog-friendly bar/restaurant, the Doghaus Soulard. The Muddled Pig closed its doors in Maplewood — but quickly reopened as a new outpost of the Dubliner. And Slider House closed in Rock Hill, but plans are already underway to reopen as Hangar Kitchen + Bar. Everybody, it seems, has a new idea for spring.

The includes Milque Toast Bar chef Colleen Clawson, who opened her temporary-for-now Indian restaurant Babaxavi in Gravois Park and Ballpark Village, which transformed the old Howl at the Moon space into Shark Bar just in time for opening day. Also new this month? Tasti-Tea, which serves the Shanghai-style crepes called jianbing. It replaces Bing Bing, which served — wait for it — jianbing. Anyone else have a case of deja vu?

Did we miss anything? Let us know in the comments.