Oaked Is Giving Soulard Something New: A Sophisticated Place to Drink (and Eat) 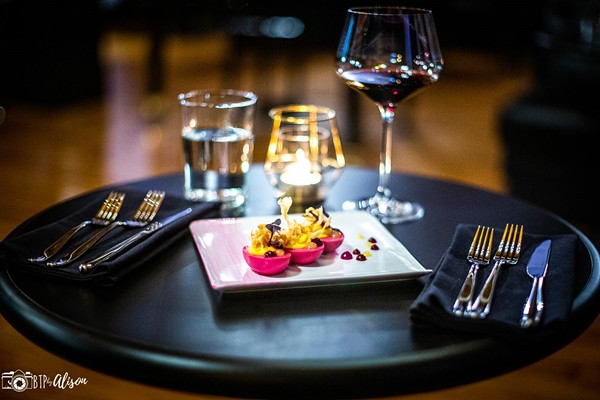 Venessa Schwarz and her husband Christopher and Anne Cochran and her husband John live just four doors down from each other in Soulard. One night, while Christopher Schwarz was out of town, the other three found themselves on the porch, wine glasses in hand, pondering an existential question, namely, "Why are there no good places to drink wine in Soulard?" The neighborhood is packed with bars, but they have a common vibe, with fried food and drinks designed for high-volume service. "There was no place with an interesting wine list, a place you could stay for awhile and explore," Venessa Schwarz says.

The three started dreaming aloud about the wine bar they'd open. It would have a great wine list. Live music. Leather and velvet and elegant chandeliers.

"We went into pretty excruciating detail that night," Schwarz recalls.

The very next day, Schwarz saw the building that most recently held Lynch Street Tavern (and before that Fleur de Lilies, and before that Sage Bistro) was for sale. "It's such a shame," she observed. "We need something that's not another twentysomething bar."

And then a lightbulb went on. She called the Cochrans.

"Lynch Street Tavern is for sale," she reported. "When we were talking about wine bars, how serious were you?"

The answer, as it turned out, was very serious. In just two months, the two couples closed on the building — their first step in opening the sort of bar they'd dreamt of that night in May.

Today Oaked has all the elements the trio outlined in conversation: leather, and velvet, and wine and live music and great chandeliers. But it also has a whole lot more, namely a full restaurant serving contemporary cuisine, an extensive whiskey program, and even a cigar patio. What used to be a low-key bar serving, yes, fried food in the shadow of the Anheuser-Busch brewery has become an elegant destination.

As Venessa Schwarz and Anne Cochran describe it, everything snowballed from their initial conversation. The two women personally directed the renovations, giving the space a huge style upgrade and installing a grand piano right there in the middle of the first floor. The couples hired an accomplished chef: Stephan Ledbetter, who until December was executive chef supervising the three restaurants in the Gamlin Restaurant Group.

They also ended up hiring Carlos Rivas, who had been bar manager at the Gamlin Whiskey House, to supervise a list that grew to 80 whiskeys. (They had no need to hire someone to supervise the wine list; Venessa Schwarz is a wine aficionado, and personally curated a list of 101 bottles, each of which can be purchased by the glass.) 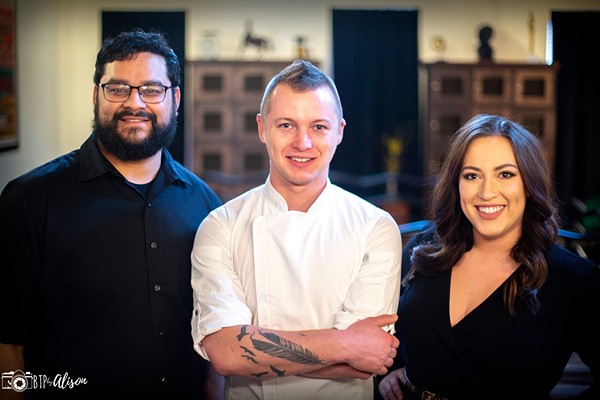 In a series of multi-course tastings, Ledbetter tested dish after dish for large groups of the couples' friends, ultimately settling on a menu that runs the gamut from "Devilish Eggs" infused with beet juice ($7) to a tenderloin served with carrots, rosemary, parships and a demi glace ($30).

But while the menu is elegant, Ledbetter took care to keep the price point reasonable. Most entrees are less than $20. The restaurateurs hope to have created a place where you'd be comfortable dressing up for date night — or swinging by on a Tuesday for a quick supper or a drink before the baseball game.

"You could come here in flip flops and jeans or a dress and heels," Venessa Schwarz says. "Either way, there's going to be something here that you love."

In that, it's true to the concept they dreamed up that night on the porch, even as it's become so much more. You can listen to jazz or a pianist in the downstairs room on Friday or Saturday, have a more traditional dinner in the upstairs dining room, grab a drink on the leafy downstairs patio or smoke a cigar in the upstairs one. Oh, and there's also another room with a bar, and all those whiskeys and wine options, along with two cocktail lists — a New Orleans-influenced one for the patio, and another one for inside.

For Venessa Schwarz and Anne Cochran, watching their vision materialize has been intoxicating. "We knew exactly what it would look like from the beginning," says Schwarz. "So it's been a matter of watching everyone else go, 'Oh, that's what you meant!'"

"It just took awhile for everyone else to see it," Schwarz says.

Oaked is open Wednesdays through Saturday from 4 p.m. to midnight. Weather permitting, the patio will open April 4.

Scroll down for more photos of Oaked. 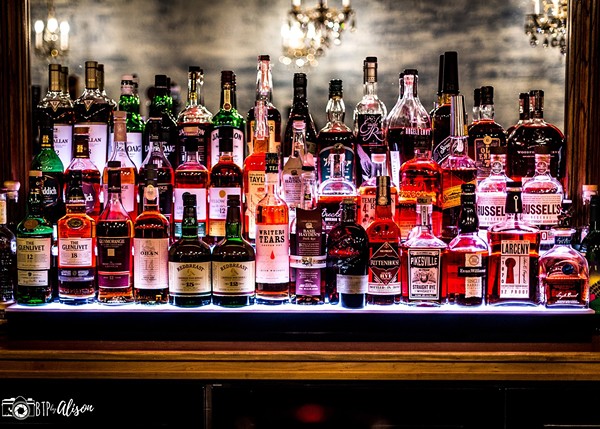 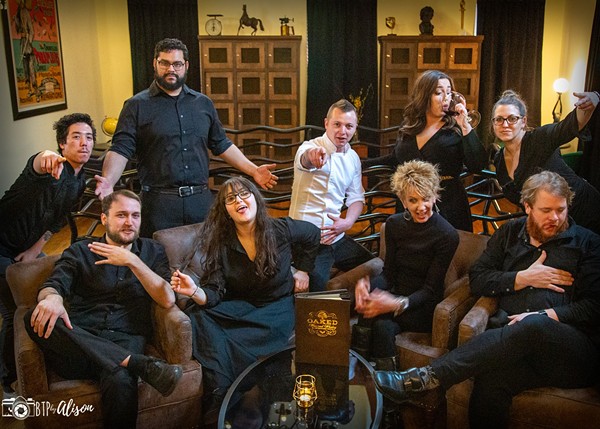