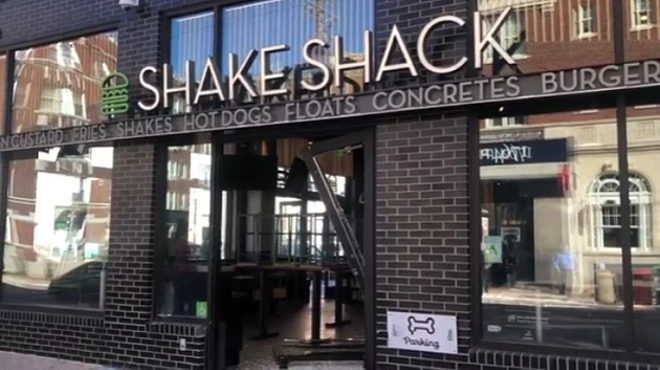 Shake Shack (60 North Euclid Avenue, 314-627-5518), St. Louis' premier purveyor of Steak 'n Shake-esque food that you wait in line and pay more money for, is closed Wednesday after a car slammed into the building.

KMOV reports that a damaged red SUV and a toppled stoplight were both outside the restaurant at Euclid and West Pine as of 10:45 a.m.

The building sustained heavy damage to its doorway, prompting the closure. Employees tell KSDK that no one was injured in the accident.

Shake Shack general manager Ryan Hux tells the Post-Dispatch that they plan to have engineers assess the extent of the damage to the building. He hopes that they'll be able to reopen in time for Wednesday night dinner service.

So far there's been no word on the condition of the driver or what precipitated the crash. We will update this post when we learn more.