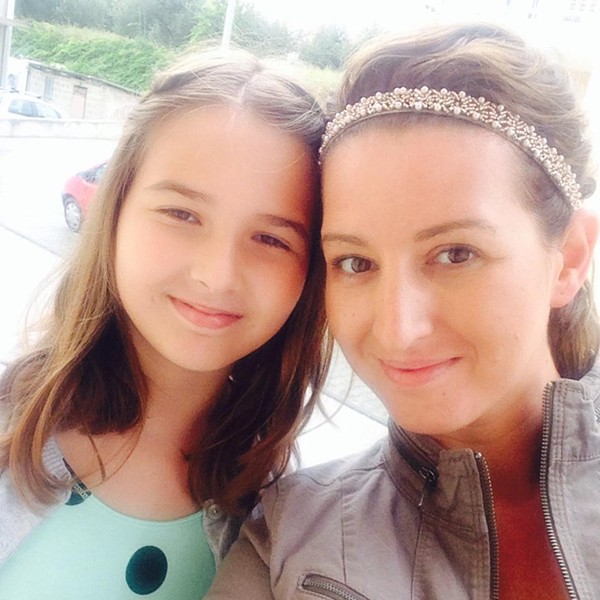 Early in her life, Erna Grbic learned what it meant to be a good person. When she was ten years old, and the Bosnian war and genocide brought hundreds and then thousands of Bosnian refugees to St. Louis, Erna’s parents Suljo and Mina opened their home to the first arrivals.

“We sometimes had twenty people sleeping at our place,” Mina Grbic remembered years later. “We felt like we really didn’t have a choice. People lost so much. These were our people. We had to do what we could to help. We just did what we could.”

The Grbic family treated newly arriving Bosnian refugees as family, their family. Erna’s mother Mina said, “I would cook all morning to make fresh food and bread so that those who had just come from Bosnia would have familiar things to eat, and then I would go to work.”

Erna grew up surrounded by Bosnians who were like family to her. The feeling was mutual. Her own family’s natural hospitality led them to open Grbic Restaurant, which initially served the large and growing Bosnian community, but later became the best known Bosnian restaurant in St. Louis, earning a national reputation on the Food Network and coverage in the New York Times.

Erna learned the family business. The restaurant prospered and they opened a banquet hall that could hold large events, including concerts for visiting musicians from Bosnia.  The family bought and restored the old Lemmons Restaurant. Reopened as Lemmons by Grbic, that too became a touch point for the community. Erna’s wide circle of family grew in the process.

Everyone knew Erna. She was engaging and funny, but tough when she needed to be. When she was first diagnosed in 2015 with skin cancer, Erna warned her friends about sun exposure. She courageously faced the needed surgery. Then she carried on with her normal life. She had a daughter to raise and a business to help run.

Last spring she wrote an update to her Facebook friends: “Three years ago I was diagnosed with melanoma. I believed I was in the clear after surgery to remove it. Little did we know that one cancer cell was left behind and found its way into my bloodstream.”

She continued: “In September I had a bruise that wouldn’t go away and after many doctor appointments, tests and finally a surgery, the doctors told me the melanoma is back. A few weeks later I had a PET scan that confirmed I have metastatic melanoma (stage 4) and it has spread to many vital organs.

“I didn’t feel any pain, I had no symptoms and I’m in complete good health otherwise. It was a case of bad luck that my melanoma traveled through my blood stream so all the warning signs were missed.

“I want to thank everyone for reaching out and offering to help, but I still feel fine and I’m optimistic about the entire situation! I just want to resume my life as usual. I know I’m not alone in this because I’m surrounded by love, hope, and compassion by so many friends and family members!”

As Erna’s cancer progressed, the community rallied around her. They drew inspiration from her. She was their warrior. They prayed for a miracle for Erna, but the disease was overtaking her body.

A collective grief passed through the Bosnian community when Erna passed away last week at age 36. They had lost a family member.

Many hundreds gathered in the bitter cold at the graveside service. Her extended family had come to say goodbye.

Mourners crowded around the hearse carrying Erna’s body as it backed down the gravel cemetery driveway. Her covered body was passed person to person on a wooden bier down the center of a long line of mourners that seemed to have no end. Erna’s brother Ermin escorted the body in front with her father Suljo at the rear.

Bosnian funerals are designed to reflect the natural order of life. The bodies are wrapped in white shrouds and lowered to the grave into the arms of family members. Mourners take turns covering the body with shovels of dirt. We all go home when we are called.

As the Bosnian community came together to bury a family member, they said goodbye to their brave warrior and sister, Erna Grbic.