Ari Jo Ellis has earned acclaim for her cooking at Quincy Street Bistro and her sausage-making at the Cut. But, she says, opening a diner has been her goal since day one.

"It happened way sooner than I thought," says Ellis, chef owner of the new Morning Glory Diner (2609 Cherokee Street, 314-250-6007), which opened on Valentine's Day in the former home of Vista Ramen.

Ellis has been considered a rising star in the St. Louis food scene for awhile now, and her work at the Cut only cemented her status. RFT critic Cheryl Baehr gave the tiny kitchen inside Fortune Teller Bar a rave in 2018, noting Ellis' skill at animal butchery. "Though her menu is tiny and the main dishes are entirely pork-based, her talent makes up for lack of breadth," she wrote.

After building relationships and connections at the Cut, Ellis got an opportunity when Vista Ramen (later Vista Diner) closed.

But while Ellis decided to open Morning Glory Diner just down the street from Fortune Teller, closing her kitchen on site, she hasn't left her butcher skills behind. She makes Morning Glory's breakfast sausage in house — something few diners can boast.

The diner seats approximately 30 people. Half the restaurant consists of windows, letting in a mass amount of natural light. Seafoam green walls and hanging macrame-potted plants let off a breath of fresh air.

You can find a jukebox tucked into the back corner of the restaurant. Ellis plans on filling it with music suggested by the community. What better community to ask for music than Cherokee Street?

The menu features classic diner food, along with a few specialty items, such as chicken and johnny cakes. They're a spin on fried chicken and waffles, subbing in cornmeal pancakes and cornmeal-breaded chicken served with an egg.

In the short amount of time the diner has been open, customers are already raving about the slinger, the biscuits and gravy (made with Ellis's specialty sausage, naturally) and the cheeseburger with fries. With about a dozen food items on the menu, everything is less than $10.

Ellis says most of her customers live or work nearby. Employees from the Fortune Teller Bar and regulars from the Cut come in to enjoy Ellis' cooking again. "There is a lot of satisfaction in serving people my food," she says.

Ellis credits her mother and grandmother as her biggest supporters (though she mentions she got her passion for cooking in part from the lack of homecooked meals she enjoyed as a kid). , she also praises her employees Chris Hill and David Stavron. "They have not been given enough credit. They have helped so much and I am so grateful," she says.

The Morning Glory Diner is open Wednesday through Sunday from 7 a.m. to 3 p.m. Breakfast is available all day, with lunch starting at 11 a.m. 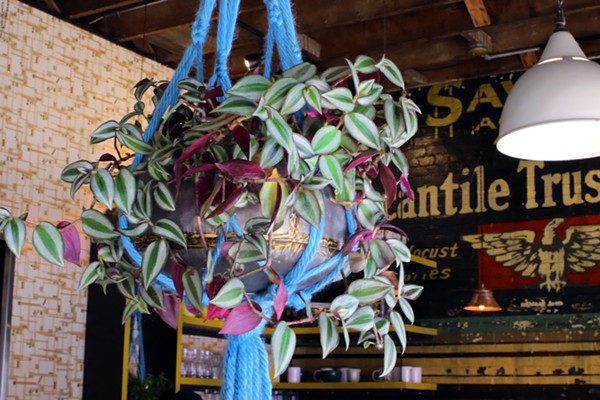