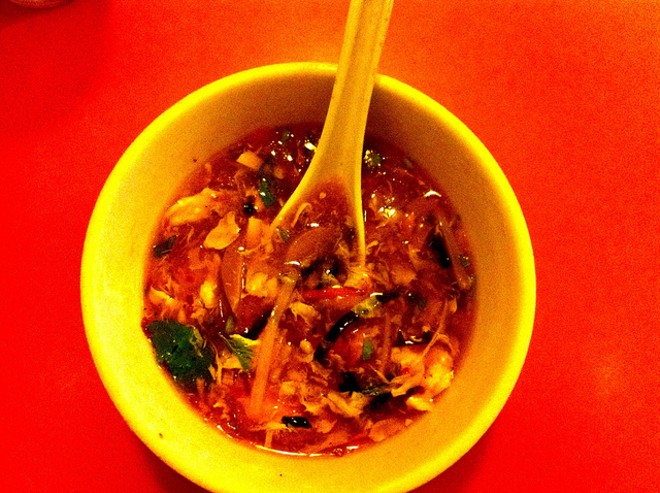 After seventeen years, chef Peggy Hou has closed Chinese Noodle Cafe (6138 Delmar Boulevard). But this isn't the typical story about business being down or the Loop trolley claiming another victim. Instead, Hou says someone made her an offer she couldn't refuse.

"I was doing pretty good," she says. "But then two young men say, 'We want to buy your restaurant.'" The deal went through on December 31, she says, and so she's officially retired.

And Chinese Noodle Cafe, too, is out of the business. Hou says the new owners, who are based in Springfield, Missouri, intend to stay closed until spring so they can remodel the space. They then plan to open a different restaurant on site.

It's the end of a long run for Hou, who came to the U.S. from Taiwan in 1978 and is credited as one of the first local restaurateurs to serve the cuisine of China's Hunan region.

Located on the eastern edge of the Loop next to Pi Pizzeria and across the street from the Pageant, Chinese Noodle Cafe thrived even as the area experienced great change. The cozy cafe had numerous fans, winning the RFT readers' choice for "Best Chinese" eleven years in a row.