Just one month after its abrupt closure stunned north county, Breakaway Cafe (8418 Natural Bridge Road, Bel-Nor; 314-381-3554) is gearing up to open again — and bring back the longtime staff members who lost their jobs.

And if that sounds like a January miracle, well, maybe it is.

Matt Quinlisk, the longtime general manager of Sugarfire Smokehouse's Olivette location, confirms that he inked a deal with the longtime owners of the mom-and-pop cafe, who'd apparently grown tired of running it. Quinlisk is taking over now, with an option to purchase it on a later date. He and his team are busily preparing to open again on February 4.

Quinlisk has deep roots in north county. He's a life-long Normandy resident; his brother Kevin was the mayor of Pasadena Hills, and his brother Brian and sister Bridget both served on the Normandy City Council. Quinlisk himself attended Mount Providence School for Boys in Normandy and Christian Brothers High School before starting a career in the restaurant business that included stints at Balaban's and Herbie's in addition to Sugarfire.

Quinlisk was suffering from laryngitis yesterday and couldn't take our call, but said through an associate that he intends to keep the menu the same for the time being and rehire all the staff.

And while Breakaway remains closed until next Monday, Quinlisk is already on site getting things ready to go. In fact, on Tuesday, he and his team fed 110 TSA agents — for free.

See what we mean by a January miracle? 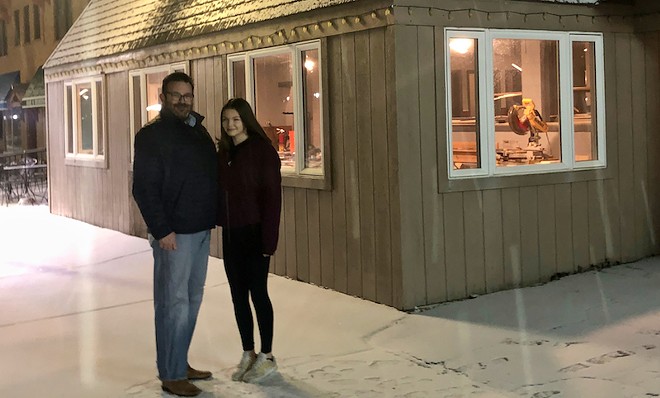