Earthbound Satellite Will Close This Friday 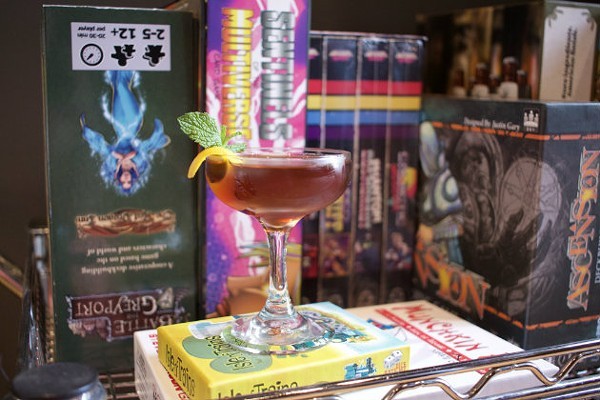 Eight months after it opened in Soulard Preservation Hall, Earthbound Satellite (1921 South 9th Street) will close its doors this weekend.

The cocktail bar and music venue announced the news Friday. "In retrospect, it was probably kind of dumb to name a bar after a spacecraft burning up as it falls out of orbit, but the drinks were really good," said co-owner Stuart Keating in a prepared statement.

The concept was an offshoot of Cherokee Street's Earthbound Beer. Located inside the gaming-focused event space Moonbase Market, the satellite project started as a home for Futurism-themed cocktails, but quickly grew to include live music bookings.

Both the cocktails and live music are now going away.

"The space was beautiful, the Moonbase Market crew were awesome to work with, and the drinks totally ruled." said Keating. "But we never had enough traffic to make the numbers work on our end. Total bummer."

Earthbound Beer hopes to absorb the staff members from the cocktail venture, the bar said in its statement. Satellite mixologist Ryan Pier will now host monthly cocktail pop-ups at the brewery.

Editor's note: A previous version of this story contained inaccurate information about the future of Moonbase Market. Contrary to Earthbound's press release, 1860s Saloon said it would not be taking over bar service. We regret the error.