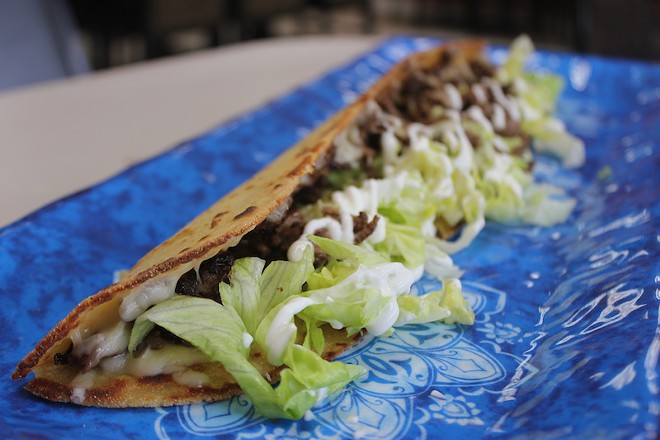 The quesadillas at Sol Azteca (4232 South Broadway, 314-449-1505), the new Mexican eatery in deep south city, are not like the quesadillas you've had elsewhere in town. Instead of being round, and the size of a dinner plate, they are several feet long and narrow. Instead of being formed by two flour tortillas, they have a thicker corn base.

There's also this: They are really, really tasty.

A native of Mexico City, owner Jesus Rojas came to St. Louis from his homeland sixteen years ago. He learned the business working at various restaurants around town ("Hometown Buffet was my school," he jokes). Most of his employers served American food. But Rojas longed to serve the food of his homeland — and not just the Tex-Mex you find in many places around town.

"These places are not authentic," he says. "The sign says they are authentic, but not really."

Rojas got his wish when he opened Sol Azteca with his wife Erika on December 12. A cheerful storefront located in the Mt. Pleasant neighborhood, it serves not only more authentic quesadillas, but also pambazos and huaraches.

While the uninitiated might find those names intimidatingly foreign, the food is completely accessible. (Worth noting: If you're a gringo worried about heat, you have nothing to fear; Sol Azteca serves the hot sauce on the side.) Pambazos may sound exotic, but they're simply a type of Mexican sandwich served in crisped bread that's been dipped in red guajillo sauce. The inside is stuffed with mashed potatoes and chorizo for the ultimate comfort food.

Huaraches, meanwhile, were long available only in bigger U.S. cities, but recently showed up on the menu at Mas Tequila Cantina in Laclede's Landing. The Mexico City treat is an oblong, open-faced quesadilla named for its resemblance to a sandal.

Like the quesadilla, the huarache at Sol Azteca is very long. Laden with refried beans, salsa verde, queso fresco and avocado slices, it comes with your choice of meat (chorizo, chicken or steak) for $9.99. You can get all three for just a dollar more. 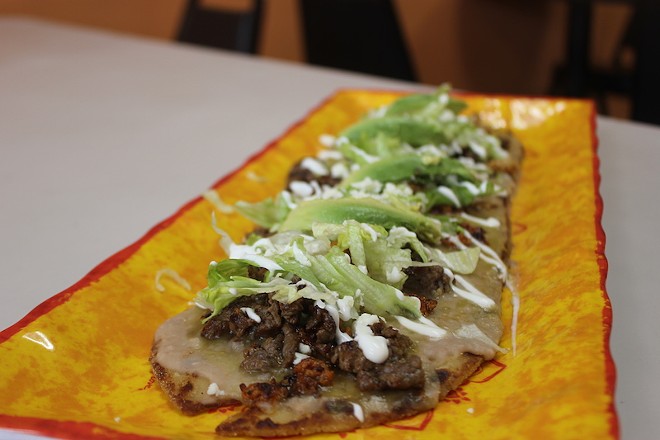 On the day we visited, Sol Azteca was doing a brisk lunch business, with many neighborhood residents in addition to those seeking out real-deal Mexican.  Rojas says he chose the location on South Broadway in part because it didn't have the intense competition for Mexican food with points farther north. "It's a little distance from Cherokee," he explains. And thanks to its strip mall location, parking is as easy as it gets. 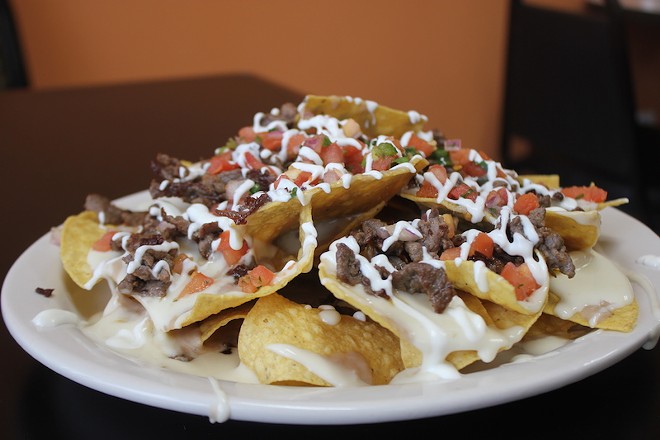 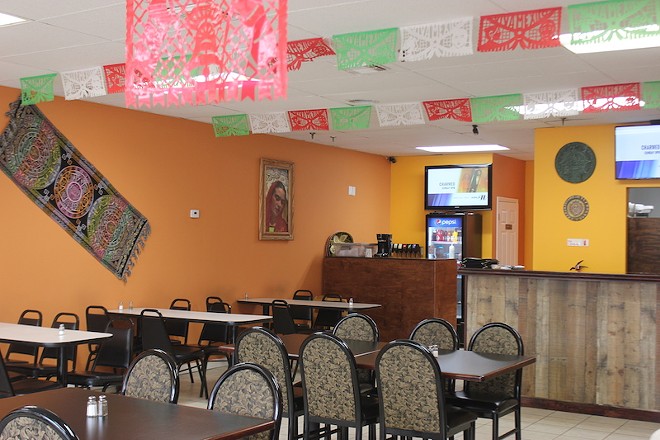 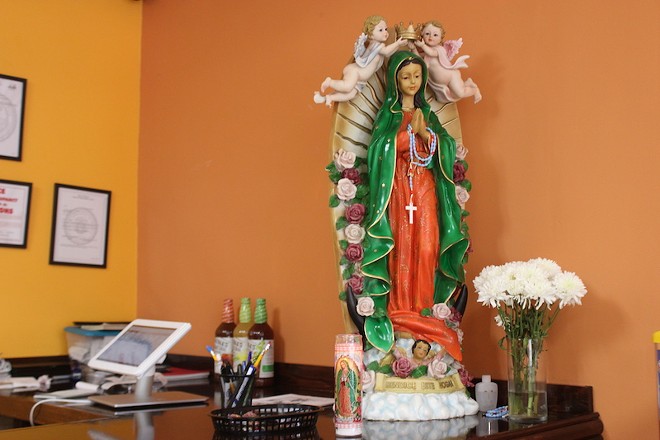