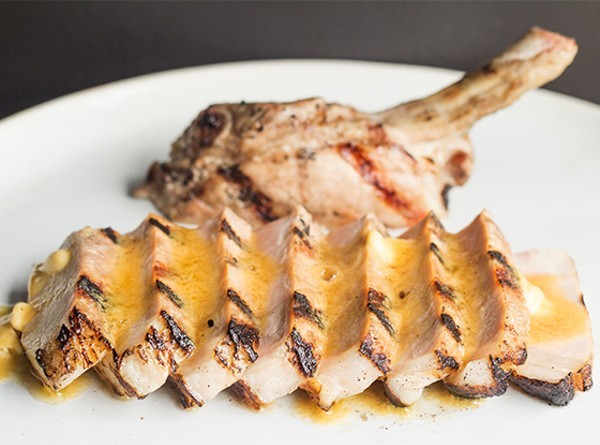 Thank goodness for Rhone Rum Bar (2107 Chouteau Avenue, 314-241-7867), the latest concept from restaurateurs Paul and Wendy Hamilton: The Caribbean-themed bar has given us a place to drown our sorrows as we lament this month's difficult restaurant losses.

Granted, the news was not all bad. In addition to Rhone, Union 30 (705 Olive Street, 314-241-4300) opened in downtown's newly renovated Hotel St. Louis, a Marriott Autograph Collection property located in the historic Union Trust Company building. Heading the kitchen at Union 30 is chef Matt Birkenmeier, the former executive chef of the now-shuttered and much-beloved Quincy Street Bistro. Birkenmeier brings with him his talent for comfort food, and fans of Quincy Street will recognize his style in many of Union 30's dishes.

However, there is no way to get around it: The losses the city's restaurant scene sustained this month were significant. Central Table, the remainder of the much-ballyhooed Central Table Food Hall, ceased operations earlier this month. Affton barbecue institution Phil's Bar-BQ will close its doors on December 30th after 57 years of serving quintessential St. Louis-style barbecue. Though its tenure was not as long, Big Baby Q, Ben Welch's awe-inspiring Maryland Heights barbecue restaurant, will be equally missed. Thankfully, its closure paves the way for his forthcoming concept, the Midwestern, which will open early in 2019. Still, the fact that we will not be able to simply waltz in an order that brisket any time we like is tough to swallow.

The ones that hit the hardest, however, were two of the biggest restaurant names in the city. Mike Randolph closed the doors to the critically acclaimed, Latin American-inflected Público on December 22nd. The news, which followed the closure of his dazzling tasting menu restaurant, Privado, came as a shock to the St. Louis dining community, with Randolph citing a decline in business as the reason for the decision.

If the loss of Público hit hard, the closure of Cardwell's at the Plaza is a devastating loss to the city's restaurant scene. To say that Bill Cardwell is one of the most singular figures in the St. Louis food and beverage community is no exaggeration. The revered chef, whose career spanned five decades, was instrumental in making the city's restaurant scene what it is today, a journey that began at his original Clayton location back in 1987. The end of Cardwell's is truly the end of an era.