Named for the baby red oak lettuce in their popular salads and the oak forest  near owner Derek Schulze's family farm in Warrenton, Red Oak Biscuits (2926 Cherokee Street, 314-449-1130) has settled into its new digs. The restaurant, which recently relocated from its original home on Washington Avenue, opened on Cherokee Street in mid-November.

Schulze seems to have found his calling as St. Louis' next up-and-coming restaurateur. Schulze, and Red Oak's executive chef, Josh Akers, have three new eateries and one event venue opening up across the city in the next several months on top of the relocated biscuit place.

For the time being, though, both are settling in and making Red Oak's new Cherokee location their home. Knickknacks from Schulze's childhood farm, including his former pet cow's skull and a riding saddle, help to complete Red Oak's modern farm motif. And its not just the decor that harkens back to the family's farm: The beef used in Red Oak's dishes comes from his dad's cattle production. The seasonal "apple cobbler biscuit" is his mom's recipe.

"So good," Akers echoes as Schulze talks about the dessert.

Not to be outdone, Akers grew up playing a few blocks away in nearby Gravois Park and orbiting Red Oak's Cherokee Street building. His culinary background, which includes Fresh Ideas Food Management and Hannibal LaGrange University, can be traced back to his grandmother.

"I used to watch her all the time as a kid, catering for the church, cooking on the holidays," Akers says.

Akers and Schulze have known each other for just under a year, but the relationship seems much longer. Although Akers had limited experience baking when he started preparing Red Oak's seventeen biscuit dishes, that didn't phase Schulze. 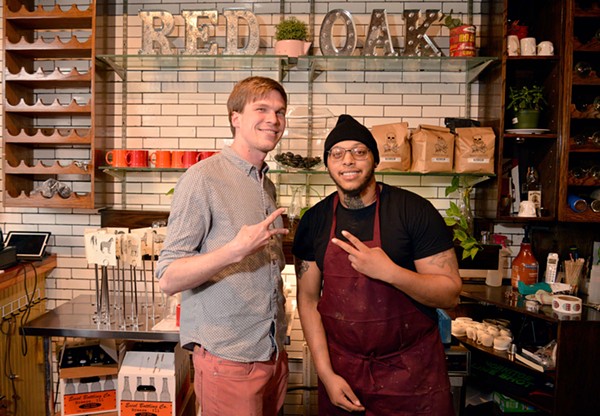 "I can always tell people who've been cooking," Schulze says. "I think [Akers has] probably been cooking since he was knee high to a grasshopper. It's second nature. He picked up the baking in like a second."

Early experimentation and keeping it simple has made Red Oak's buttermilk biscuits rival any others in town. Flour, butter, baking soda, sugar, salt, baking powder and buttermilk are stirred into a batter and placed in the oven at the moment the customer orders.

Some of the butter seeps out while baking, "shallow frying" the biscuit's exterior and giving it a crunchy texture while keeping a fluffy inside. Traditional dishes such as biscuits and gravy are met with more experimental plates like the "Lit Biscuit," featuring pulled chicken, buffalo sauce, Red Hot Riplets and cheddar.

Three salads and a slew of coffee and smoothie drinks help round out the menu for Red Oak's desired audience of young professionals. Red Oak is working on getting its liquor license in the coming months, planning coffee cocktails, brunch favorites like bloody marys and mimosas, and seasonal drinks like boozy hot chocolate. Keeping tradition with the building's former occupant, the Blue Pearl, live music will coincide with the liquor expansion.

While the pair emphasize the in-restaurant experience and niche menu items, they also work hard to engage and brand themselves online.

"You have to make it something that appeals to them, that makes them want to come in the door even before they’ve been," says Schulze about his prospective guests. "That predisposes someone to an excellent experience."

In their three weeks since opening, the feedback and sales have proven their methods effective, Schulze says.

"We're two of hundreds of young people in St. Louis trying to improve and help our city."

Click through for more photos of Red Oak Biscuits. 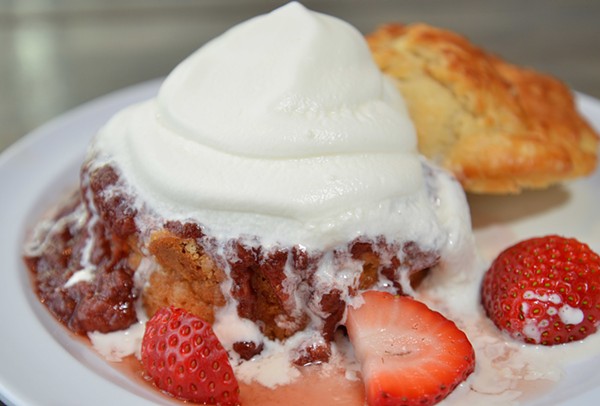