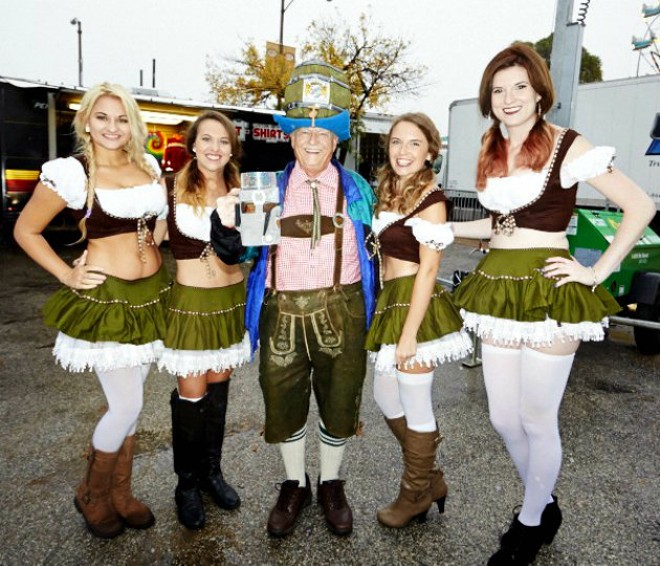 The Gateway to the West will become the gateway to Munich next Fall when St. Louis hosts the Great North American Oktoberfest October 4th through 6th.

St. Louis has been tapped to host the three-day celebration of German beer, food and culture by the event's organizers, the North American Society of German Culture and Heritage. The massive, Munich-style Oktoberfest is expected to draw tens of thousands of attendees and will feature everything from family-friendly rides and activities to a showcase of award-winning German-style beers from both German and North American breweries.

Cities across the country — from Washington, D.C. to Seattle — vied to host the festival, but St. Louis was chosen because of its storied German heritage and location in the center of the "German Triangle," a geographic location spanning from Milwaukee to Cincinnati that saw wave of German immigrants in the late 1800s.

Jared Opsal, chair of the Locust Business District and former head of the St. Louis Downtown Neighborhood Association, has been named as the Great North American Oktoberfest's executive director. In a press release announcing the festivities, Opsal emphasizes what the event means to the city.

"It is a point of civic pride for St. Louis," Opsal says. "We have the opportunity to deliver an Oktoberfest experience as authentic as a trip to Munich."

Next year's festivities will be the first-ever Great North American Oktoberfest. The celebration, which was founded earlier this year, was born out of the North American Society for German Culture and Heritage's desire to bring the sort of merriment found in Munich during Oktoberfest to those who cannot travel abroad to experience it. Opsal and his team did that overseas legwork instead, traveling to Munich for the 2018 Oktoberfest so they will be able to recreate as authentic an experience as possible for their event next year.

Though beer will feature prominently at the event, organizers emphasize that this will be a family-friendly occasion. Like the original Oktoberfest in Munich, Opsal expects that the Great North American Oktoberfest will attract a wide range of ages and backgrounds. And of course, there will be the traditional biergarten and festival tent that will have seating for thousands.

No location has been announced for the Great North American Oktoberfest. Event organizers anticipate that information will become available in early 2019.

"This is an opportunity for St. Louis to step into the spotlight and showcase how we can celebrate a piece of our rich cultural history and host a destination-worthy event," Opsal says.