When the internationally recognized ESquared Hospitality Group approached its frequent collaborator, chef David Burke, about opening a restaurant in St. Louis, he was curious. When he saw the plans for the location, he was sold.

"The location and the building had a lot to do with it," Burke says. "We like to be a part of creating a destination and being a part of something on the fringe. Hopefully in ten or fifteen years we can look back on this as the start of something good in this neighborhood. It's nice to be on the ground floor of that."

The resurgent neighborhood Burke speaks of is none other than the Grand Center Arts District, which is both the crown jewel of the city's arts and culture scene and a part of town where diners have been perpetually underserved. With Grand Tavern by David Burke (626 N. Grand Boulevard, 314-561-0033), the flagship restaurant in the newly opened Angad Arts Hotel, which opened yesterday, the celebrity chef hopes to be the spark that ignites the neighborhood's dining scene.

When the Angad group was developing its vision for a restaurant within its high-end, arts-centric hotel, they kept coming back to David Burke Tavern in New York as a model. To have Burke himself help them bring that idea to fruition has generated buzz not just for the hotel and restaurant, but for the city itself.

"I think this hotel has the ability to create national buzz and bring a national spotlight on the city," says Burke. "People are going to be a little more curious about St. Louis, thinking, 'Hey, why the hell did he go there? There must be something going on.' They will be questioning whether or not St. Louis is the new hot spot. We're happy to be a part of that." 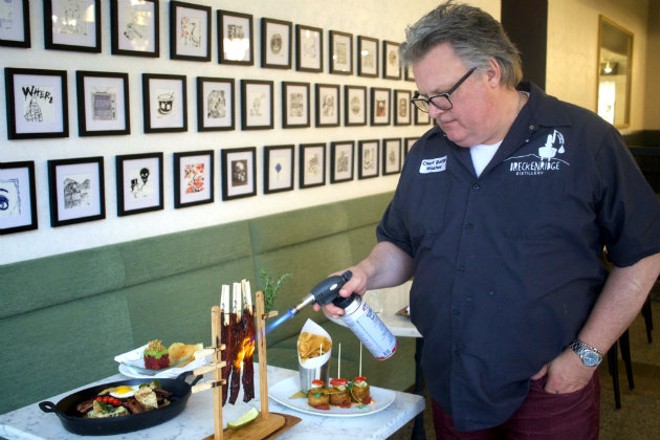 Burke, whose television appearances include Top Chef Masters and whose accolades include being named to the "Who's Who of Food and Beverage in America" by the James Beard Foundation, brings his whimsical style to Grand Tavern with such dishes as his famous "Clothesline Bacon," and "Emotional Lobster Dumplings." However, he has also looked to St. Louis for inspiration, with items like the "BBQ Brisket with Mac & Cheese Toast," a dish he describes as a take on the slinger, and "Gooey Butter Donuts."

Grand Tavern will be open for breakfast, lunch and dinner service. The concept is divided into an Art Deco-influenced front lounge and dining area, a soaring main dining room that is outfitted in luxe red velvet (it will open after Thanksgiving), and a rooftop bar that offers sweeping views of the city's skyline. 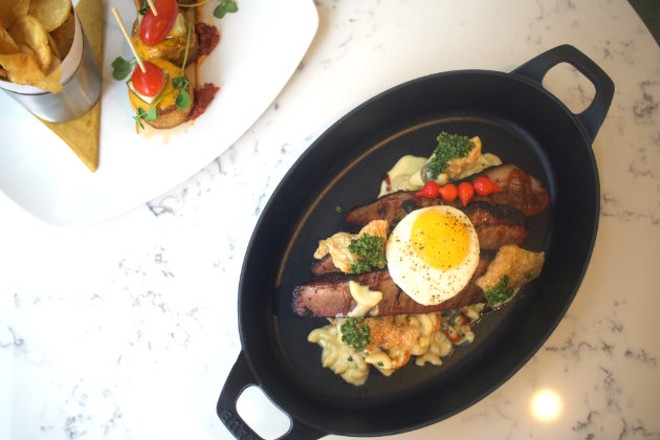 However, Burke understands the challenge inherent in being a part of an untested concept in a part of town that's far from a dining destination. "Listen, this is a pioneering hotel, and we will need all the support from the locals we can get, especially for lunch," Burke explains. "We don't just want to be a theater restaurant, but we know people will come if they food is good and the price is right."

Burke has high hopes for the area.

"People here are so proud of St. Louis and they want it to work," Burke observes. "And there should be pride here. When you have a lot of pride in your city, it helps because you will embrace something that is going to help the city. That's what we are trying to do."

Grand Tavern by David Burke is open seven days a week for breakfast, lunch and dinner service. A midday menu is also available, as is Sunday brunch.

Click through for more photos of Grand Tavern by David Burke. 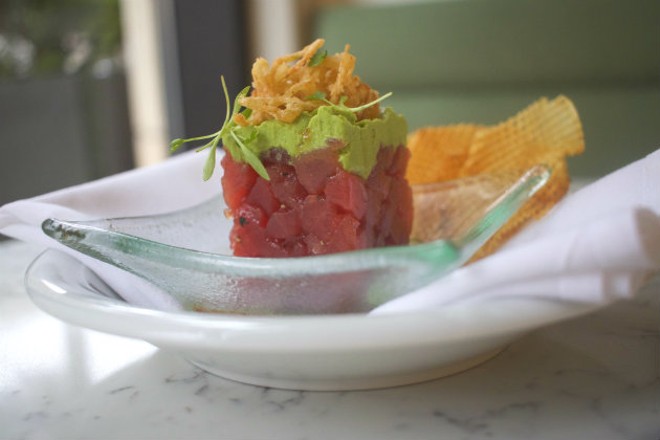 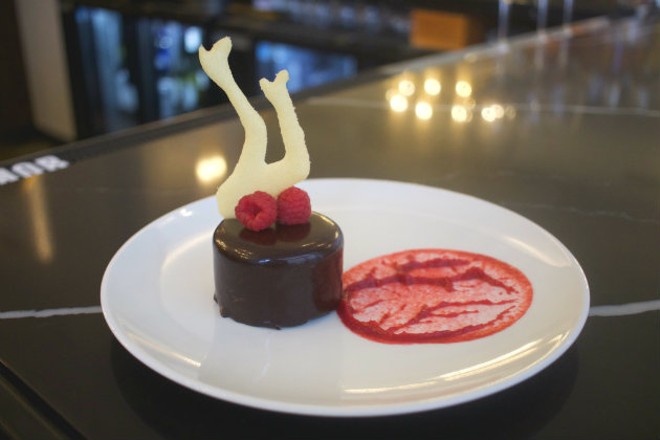 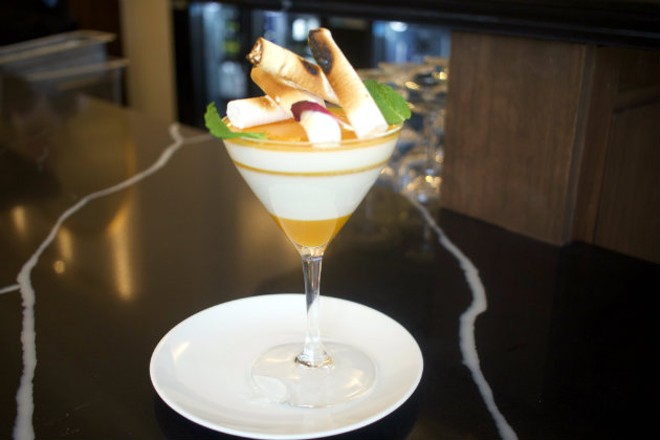