Sugarfire Smoke House Just Made the Best Sandwich in the World 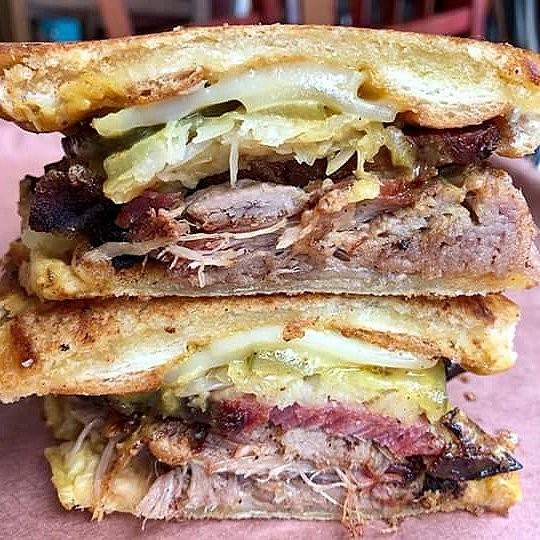 The winner of the 2018 Sandwich World Championship is straight out of St. Louis.

The competition was held this Saturday in Orange Beach, Alabama, as part of the 2018 World Food Championship. Competitors were equired to each build their own version of the "Ciabattaletta" sandwich, as well as the sandwich of their choosing. The special "infused ingredient" they were asked to include was Koops' mustard.

Molina's win doesn't just come with bragging rights; he also took home a $10,000 check. But yeah, he's certainly earned the right to brag about this one, too.

🏆 🥪 👑 💰 🌎 To everybody out there who has ever put anything between two slices of bread, worked at subway, eaten a sandwich on any continent, grilled a cheese, you name it....as of last night, and not to brag or overdramatize, but you might want to bow down and kiss the ring anyway because our chef and partner David “big Torta” Molina brought us the title of world sandwich champion at the World Food Championships in orange beach Alabama!! BEST SANDWICH IN THE WORLD congrats Dave you are the man!!!! @worldfoodchampionships @koopsmustard @marshall63301 @hipointedrivein