Recently opened in the former home of Asiana Garden on Olive Boulevard in University City, Sze Chuan Cuisine has a large menu full of classic Szechuan dishes and Americanized favorites. The restaurant space is big, large enough for a raised section in addition to the main dining room, which keeps each table feeling intimate. The bricks splitting the two areas are painted black, the better to contrast with the sleek white tables and bright red chairs. The place feels quite modern. The walls are covered in a dark grey wallpaper with a hodgepodge of words describing dining at the restaurant. One that you might notice heavily repeated: “spicy.” This is either a warning or a promise, depending on how you feel about the Szechuan region's famous numbing heat.

The menu is really big, and we felt pretty lost trying to figure out what we should order. We looked at the tables around us, and their options looked amazing. One table had a griddle with some meat and sauce that was literally bubbling in front of them as they took bites with their white rice.

Still, you can go for the Americanized stuff if you have no interest in adventure. My friend ended up ordering dumplings and sesame chicken. Here he was in a restaurant with real Chinese cuisine, and he ordered the same stuff he would get at Panda Express. Lame. 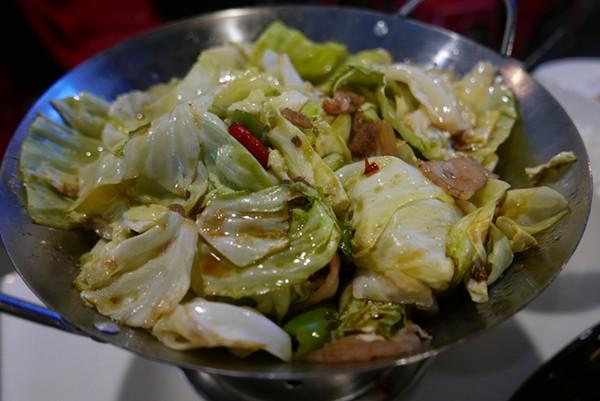 But we didn't just go for the boring stuff: I ordered the brussels sprouts hot griddle and the chef’s special chicken dish. The moment I ordered it, our waiter looked down at me with a concerned look and warned that it was “spicy.” I ignorantly believed I would be fine. I was not.

I was careful with my first few bites of chicken and found myself impressed by the flavor, but not overwhelmed by the heat. No sweat! Then I got one of the chiles. I was almost through the bite when it hit me like a hammer over the head. I was dying for more water and then a bite of the brussels sprouts (spicy too!).

Finally, a bite of rice calmed me down. But now I was on edge and careful the rest of the meal. (By the time I walked out, I was sweatier than after a full workout.)

While my friend was enjoying his boring (but very good) sesame chicken, I forced him to try a pepper. He thought he was fine too until it hit him; then I got some sympathy.

My problem is I kept going back for more because it tasted so damn good; I couldn’t stop myself despite the pain. 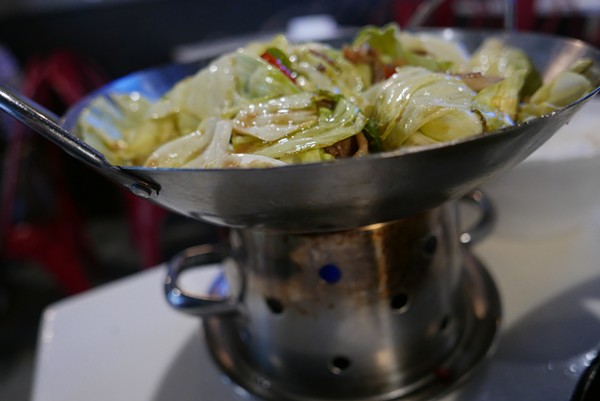 The brussels sprouts (which seemed to just be cabbage?) came out on the griddle which kept it bubbly hot the whole time. It was fun to add a little flame to the table. They were spicy too, but not nearly as searing as the chicken dish.

All of the portions we ordered were huge, probably meant to be shared. You will have lots to take home after, which is nice because Sze Chuan Cuisine isn't as cheap as Panda Express; depending on what you order, dishes range from around $12 to $30. 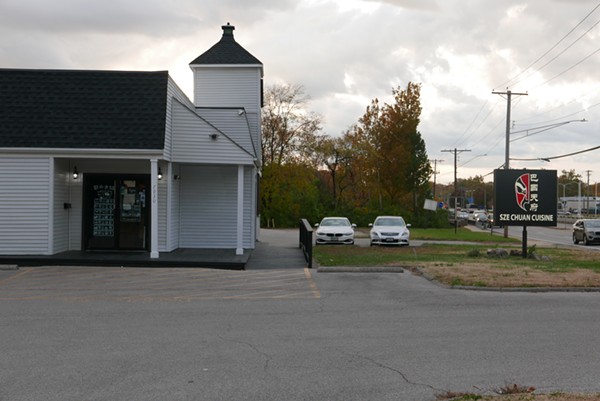