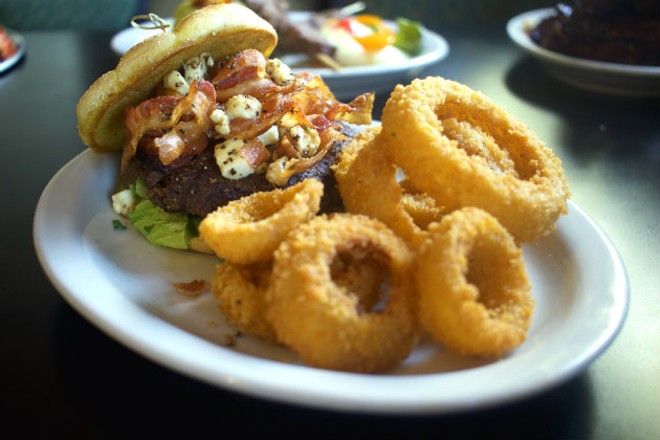 When John Yatim and his nephew Oday Alyatim came across Frederick's Steakhouse and Pizzeria in Bridgeton, they sensed an opportunity. Frederick's owner was ready to retire, and he was looking for someone to take over the restaurant and carry on his concept. Meanwhile, Yatim and Alytatim were looking for a space in the north county neighborhood to bring to life their vision for an upscale, quintessentially St. Louis restaurant. It was the perfect fit.

Yatim and Alyatim took over Frederick's several months ago. They've gradually transformed the restaurant, completely redecorating the space, redesigning the menu and, eventually, even changing its name. The full transition occurred this past August, when the uncle-and-nephew team rebranded the concept as 180 Grill and Bar (12490 St. Charles Rock Road, Bridgeton; 314-733-5500).

180 Grill and Bar is Yatim's second foray into the restaurant business. After moving to Arizona about eight years ago, the longtime St. Louis resident opened a breakfast and lunch spot. Though he enjoyed the Southwest, he longed to return to St. Louis to open a restaurant near the north county neighborhood where he'd raised his family.

"What's nice about St. Louis is it is so small-business friendly," Yatim says. "In Arizona, everything is big corporate restaurants because no one is from there. I missed it and wanted to come back."

He recruited Alyatim, a Florissant native and Lindenwood graduate student, to help him with the restaurant. Together, they transformed the dark "steakhouse meets old-school diner" into the light-filled 180 Grill and Bar. The room, which had been painted from floor to ceiling in black, has been completely refreshed with neutral paint, faux brick wainscoting, and sage-colored chairs. A bar area is sectioned off from the main dining room by a half wall, creating a lounge-like feel.

If the changes to the space were significant, the ones to the menu were even more so. "We looked at what worked at Frederick's and started there," says Alyatim. "But we cut out what didn't and focused on improving quality. For example, we kept the St. Louis-style pizza, but we put in a brick oven, so it's so much better. We still have the steaks, but we hand-cut everything to order. Quality is our biggest focus."

Yatim and Alyatim describe 180 as a restaurant meant to embrace all the variety that St. Louis has to offer. To that end, they feature St. Louis-style ribs, both pork and beef, as well as local favorites, including the clam chowder previously served at St. Charles' landmark Noah's Ark restaurant. Guests can enjoy everything from steaks to pork chops to fresh burgers, including a variety of hearty sandwiches known as "signature entrees" for just $10. 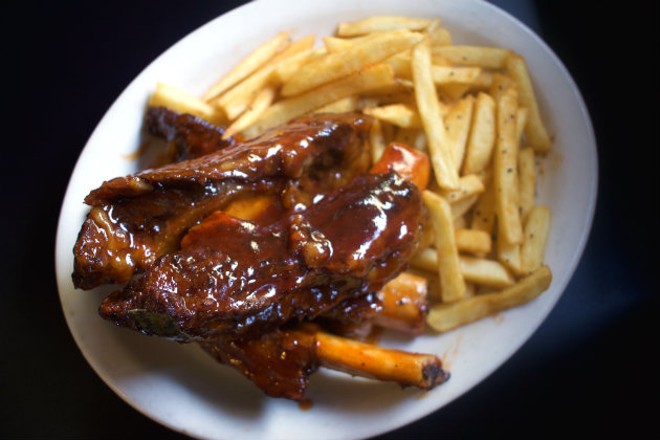 "We wanted to get away from the steakhouse concept because people thought that meant it was expensive," says Yatim. "We're not doing bar food, though. We are more upscale than that. And if you look around the area, no one else is doing that. It is all fast food or bars around here. There aren't that many sit-down options."

So far, Yatim and Alyatim have been pleased with the response to the changes — something they are very grateful for considering Frederick's legion of regulars.

"At first, they were skeptical. It was a big change," Alyatim says. "But now that they see what we are doing and how much better the food is, people have been happy."

Click through for more photos of 180 Grill and Bar. 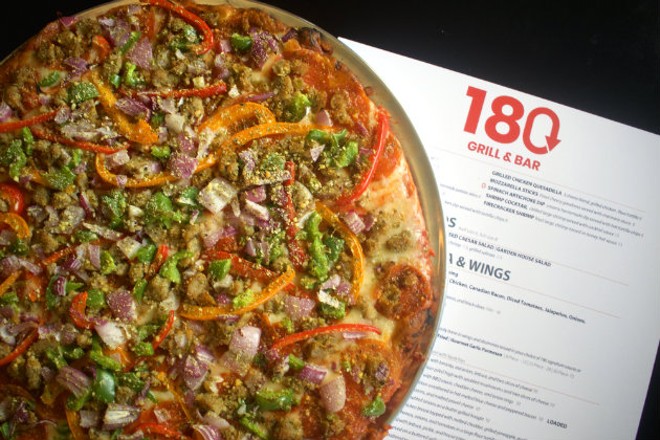 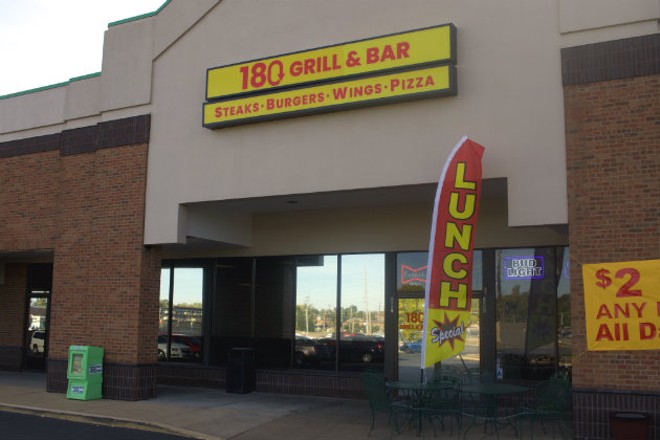