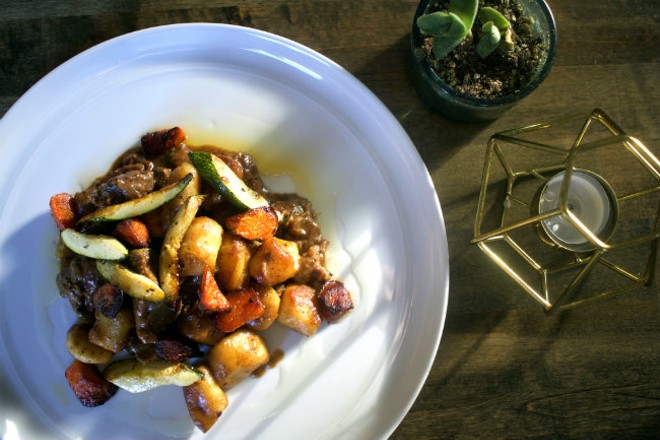 Mark Del Pietro is no stranger to the restaurant business, having run one successful concept after another — Portabella, Shiitake, Luciano's, Del Pietro's — over the last two-plus decades. On October 2, he added another feather to his cap with the charming neighborhood spot 58hundred (5800 Southwest Avenue, 314-29-5799).

After closing the Central West End location of their butchery concept the Block, Del Pietro and his partner, Brian Doherty, were on the lookout for a new space. The brother-in-laws knew that they wanted to open a restaurant that would become a part of the neighborhood fabric, like the Webster Groves location of the Block has, but they first needed to find the right neighborhood. That happened when they learned that Lou C's Bar & Grill had closed, freeing up a charming space on a residential street in the city's Southwest Garden neighborhood.

Del Pietro and Doherty did not want to simply do another location of the Block, however — a decision influenced by their wives. Though Del Pietro and Doherty have made their names at the helm of meat-focused restaurants, their spouses are both vegetarians. The partners decided to honor their wives' preferences by devoting a significant portion of 58hundred's menu to non-meat dishes, dubbing it a "butchery and garden."

The spirit of bringing people together drives everything Del Pietro and Doherty do at 58Hundred. As Del Pietro explains, though he wants the restaurant to appeal to locals regardless of whether they are celebrating a special occasion or just coming in for a casual dinner, it's the casual part they think of as the restaurant's main customer base.

"We want to be a place where people can come in three times a week," Del Pietro says. "They can get a burger and a beer and not think of us as an occasion place." 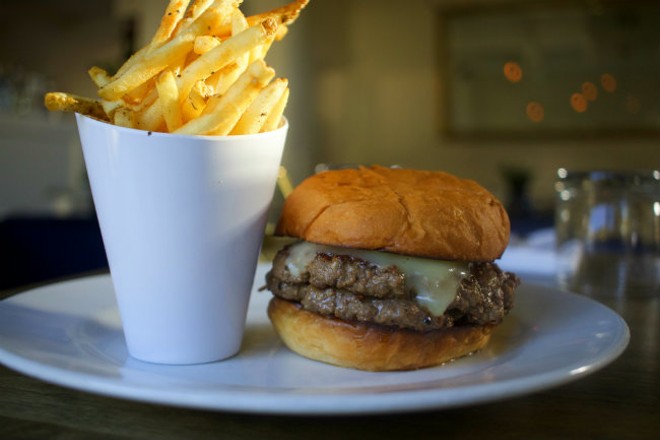 To ensure that vision comes to fruition, Del Pietro and Doherty purposely kept 58hundred's price point reasonable and the menu accessible to different moods. A white-cheddar-covered burger costs just $9, fries included; a grilled three-cheese sandwich $8. Even the entrees, which benefit from Del Pietro's masterful touch, are reasonably priced: The most expensive dish on the menu, a petite filet, is $19.

Though the restaurant is not yet three weeks old, Del Pietro is optimistic about its reception. "We've already started regulars this quickly," he says. "Guys drive up in their golf carts; when people walk into the bar, they often see someone from the neighborhood that they know and say hello across the room. It's pretty cool." 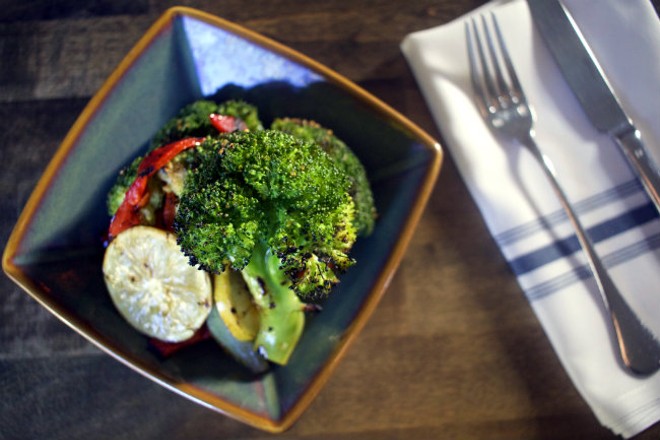 58hundred is open for dinner Monday through Saturday nights, beginning at 5 p.m. Del Pietro purposely does not post a closing hour because he wants guests to feel welcome regardless of when they come in. "I have two kids in high school," he laughs. "I'm not turning anyone away."

Del Pietro and Doherty plan to add lunch service and additional hours on Sunday once they get their feet underneath them. They also hope to soon make available an upstairs private events space.

In the meantime, their guests can enjoy a simple evening dinner — or an elegant one if they so choose. Whatever their mood, Del Pietro insists he is there to accommodate.

"We just wanted to give people options," Del Pietro explains. "We wanted to bring something different to the neighborhood, and I think we have done that." 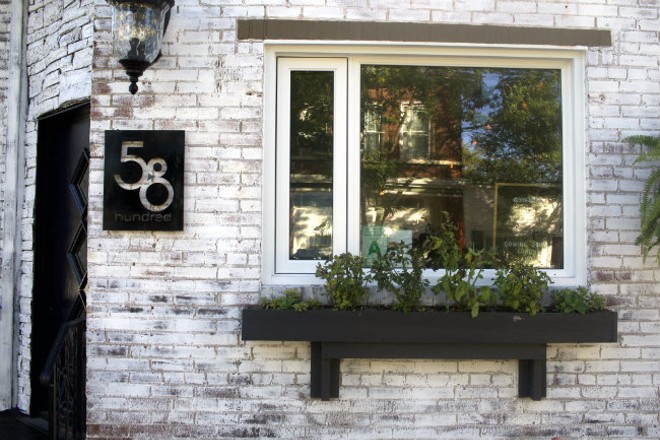