Eat Sandwiches Will Close After This Weekend 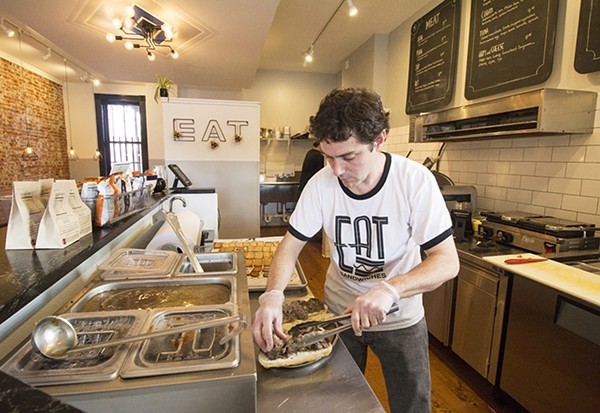 Eat Sandwiches (3148 Morganford Road, 314-797-8188), the Tower Grove South sandwich shop, will be closing its doors after service this weekend, almost two years after it first opened.

The shop posted the news on its Facebook page yesterday, saying business wasn't enough to sustain the concept. "Sales have not been where we need them to be," its post stated simply. "This will be our final weekend, and we would love to say goodbye if you'd like to come in."

Partners Fred Hessel, Jeff McGraw and Byron Smith had opened the shop in what was the original home of Local Harvest Grocery in October 2016. (Frequent RFT contributor Thomas Crone was originally part of the team, but left after a few months.) The idea originally stemmed from the partners' longing for a good French dip — and grew to encompass the idea of offering high-quality sandwiches that could be enjoyed at the shop or ordered to-go for a picnic at nearby Tower Grove Park.

Reviews were favorable (the RFT's Cheryl Baehr called it "divinely inspired"), but in the city's increasingly crowded restaurant scene, that isn't always enough.