The Kitchen Sink Will Open Again Next Month in DeBaliviere Place 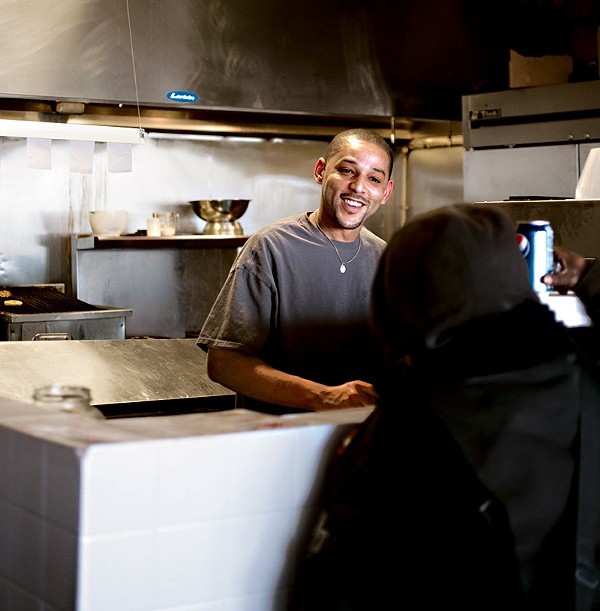 The Kitchen Sink is set to make its return to the St. Louis food scene very soon. Owner Anthony Ellerson Jr. is bringing the Louisiana-inflected restaurant back to the neighborhood where it had the most success, with plans to open at 5513 Pershing.

Most recently home to Pig & Pickle, the DeBaliviere Place storefront is best-known for housing Atlas Restaurant for its thirteen-year run. Ellerson Jr. says he is excited to be “coming back to the neighborhood that I’m born and raised in, where I started at."

Because Pig and Pickle just moved out, there isn’t much about the space that needs to change, Ellerson Jr. says, and he should be able to open the doors soon. He adds that he could be ready to serve food now, but is waiting on the liquor license and wants everything in place before opening.

The Kitchen Sink originally opened in 2012 in a tiny, diner-style location near the Forest Park Metrolink station in the DeBaliviere Place neighborhood. It then moved to a new, larger spot near Union and Lindell in 2013. Two years later, Ellerson Jr. opened a downtown location on North Sixth Street. A year after that, in 2016, he closed the Forest Park location, followed by the downtown location in 2017.

Ellerson Jr. says he originally moved downtown because of a bad relationship with the landlord of the Union Avenue location, whose building he says needed a lot of work. He was offered the spot in the Grove where Sauce on the Side is now, he says, but he turned it down. “I didn’t want to open a Kitchen Sink across the street from Sweetie Pie’s,” he says, referring to the now-shuttered Sweetie Pie’s at the Mangrove on Manchester Avenue. “I love the area, but I didn’t want to be across the street from another black restaurant and be in competition with them.”

As for the failure of the downtown location, Ellerson Jr. stresses his desire to get back his concept’s original vibe. “The Kitchen Sink thrived better when it was on Union because we were a ‘Cheers.’ We got to know our customers. Downtown its more of a business place where people go out for lunch and you have conventions.”

Describing why he wanted to bring the Kitchen Sink back, Ellerson Jr. recalls an encounter with a fan. “Somebody comes up to me and is like, 'Me and my husband, we met at your restaurant and now we're married.' That’s the reason why I’m coming back to the neighborhood. I walk around the neighborhood walking my dog and everybody asks about [the Kitchen Sink].”

The space is a little smaller than the restaurant's last two locations, but with a big difference: There will be plenty of parking, as the Kitchen Sink will share a lot with PuraVegan.

Ellerson Jr. plans on doing a charity grand opening where those who volunteer time or give to charity will be able to eat for free. He describes the chalkboard at Salt + Smoke where they tally how much they have donated to local charities. "That’s the best thing in the world, that’s better than all of the awards some of these restaurants win,” he says.

The executive chef will be Dante Sanders and his sous chef will be Andy Calhoun. Ellerson Jr. expects to have the liquor license soon, and to have a few soft openings by the end of October.