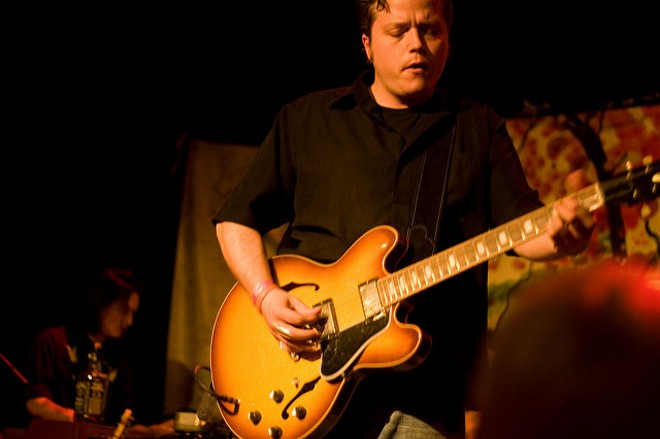 Singer-songwriter Jason Isbell had an unusual answer yesterday when asked what he'd be eating in St. Louis before his show at Stifel Theatre.

"I normally just sit in the car and eat Provel when I'm here," he responded to a fan via Twitter.

I normally just sit in a car and eat provel when I’m here https://t.co/Wa136oAiXD

To which we can only say: Wrong answer, buddy!

This is not to say Provel is intrinsically bad. Originally skeptics, we've become convinced of its charms thanks to a host of creative chefs using its not-technically-a-cheese powers in interesting ways.

But that is, in fact, exactly our point. The St. Louis food scene may have lagged for years, but these days, tons of creative chefs are doing amazing things in this town. Food & Wine says our food scene is seriously good. Zagat says we're "one of the most exciting food cities in America." Reasonable people can disagree on some of their choices, but surely we can all concede that visitors can definitely do better than gobbling up a processed cheese product in their cars.

Check out @PastariaSTL in Clayton. Sure would love to hear “The Blue”. (We’ll be the couple running down the right aisle as the show opens tonight - as long as our flight lands on time!)

i’ll treat you to a sammich @ blues city deli

If you’re hungry for a cheeseburger, I highly recommend Mac’s Local Eats. Best burger in America.


And, as as one pointed out, perhaps the options suggested in the headline to this story don't need to be mutually exclusive. Maybe Jason Isbell really does loves Provel — he would still be missing out to eat it (cold? Provel does not taste great cold!) in his car.

There are restaurants that can help with that:

@VitosStLouis will cook that provel for you at a fair price

Still, others thought the performer had a good game plan.

Might as well promote you to Hometown Hero for the most genuine and succinct reply....
That’s not pandering that is what we do too.

How does the adage go? You can lead the Midwesterner to a good restaurant, but you can't make them actually try the food?