LouFest Cancellation Leaves Vendors Regrouping, with Help From Their Friends 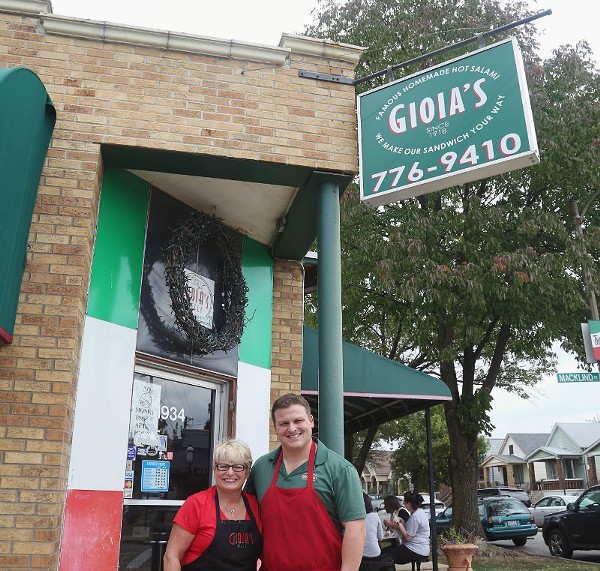 Alex Donley, co-owner of Gioia’s Deli (1934 Macklind Avenue, 314-776-9410), had paid $3,000 just to have Gioia’s Deli as a vendor at LouFest, the city's biggest music festival. He had put deposits down on the equipment he had rented. He had bought 600 pounds of beef and spent two weeks prepping to sell thousands of his restaurant's signature hot salami sandwiches — all in hopes of making a profit.

However, at 2:30 this morning, he received an email from a LouFest event coordinator. The email stated very simply that LouFest, which was set to take place in only three days, was cancelled. All of the expenses that had gone into serving food to LouFest attendees was in a state of limbo.

That was the bad news, but for Donley, the good news followed soon after. In the wake of LouFest’s untimely death, a number of St. Louis restaurants offered a helping hand to peers blindsided by the cancellation.

Reached this morning, Donley says his phone was ringing off the hook — with other St. Louis restaurant owners seeking to help out. “I’ve received about 10 calls this morning from other business owners trying to contact us to lighten our load,” Donley says.

Gioia’s Deli is one of roughly a dozen restaurants scheduled to be vendors at 2018 LouFest. Others included Ices Plain & Fancy, Aya Sofia, Shake Shack, the Wheelhouse and Evangeline’s. One, Byrd & Barrel (3422 S. Jefferson Avenue, 314-875-9998), announced this morning that it was hosting a new event beginning tonight called Fowlfest: "Due to the cancellation of Loufest we have a ton of chicken. Please come eat it!!!!"

With only a few days left before LouFest began, Donley, for one, was upset with the late notice of the cancellation.

“If they had cancelled four days earlier, it would have saved vendors a lot of money,” he says. The early-morning email left him in “crisis mode,” trying to figure out how much of a hit this will be to his business. Even with generous offers from other restaurants (he cites Steve's Hot Dogs, Strange Donuts and Nudo House as among those offering to help buy his excess product), he says it will take a couple weeks before he knows how much money he could salvage from the situation.

Adam Tilford, co-owner of Mission Taco Joint, which has four locations in St. Louis and one in Kansas City, was more prepared than most for the cancellation. In addition to being part of the Nosh Pit, serving food to attendees, his homegrown restaurant group was set to handle catering for all the backstage workers at the event, a $30,000 contract. Tilford had been following the news revolving around LouFest’s supposed financial woes over the past week; he says he was expecting the cancellation and made preparations to limit the blow.

Tilford notes that he's had issues with being reimbursed for his services at LouFest in the past. His company only got paid two months ago for what LouFest owed them for last year’s event.

“I don’t think there is going to be another LouFest,” Tilford says. “If there is another one, I might consider it. You have to pay people.”

Tilford began his day by tweeting a graphic that showed all the restaurants planning to participate at LouFest. "Please, if you have friends or family coming in town this weekend looking for something to do in the wake of the @Loufest news, consider supporting some the @feastmag Nosh Pit vendors who have paid entry fees and purchased food in preparation for the weekend," he wrote. The call to action drew 80 retweets as of press time.