Jerk Soul Is Serving Caribbean Food, with Notes of Chicago, in Hyde Park

Telie Woods and Zahra Spencer were on the cusp of realizing their restaurant dreams in the U.S. Virgin Islands. They had planned it all out during the course of their not-quite year-long courtship: He would move from his native Chicago to join her in St. Thomas, where they would launch a brunch spot focused on chicken and waffles. They had a menu planned, a perfect beachside location, and a plane ticket booked for Woods. Then, Irma struck.

"I'd been there for only one week before Irma," Woods recalls, referring to the devastating Hurricane Irma, which destroyed much of the U.S. Virgin Islands in September 2017, including their not-yet-open restaurant. "We went through the storm together, and then my family was wanting me to get back. Zahra stayed because her family was there, and I evacuated by boat to Puerto Rico because it was the only airport open at the time."

Not far behind Irma, however, was Hurricane Maria, a storm that leveled Puerto Rico. Woods was aware of the impending hurricane but did not know how to get out until a friend from St. Louis helped him get a flight back to the U.S. mainland. His was the last one out before the storm.

Instead of returning to Chicago, Woods stayed with his friend in St. Louis, focused on reuniting with Spencer. The pair still wanted to open a restaurant, but now that the islands were devastated, they knew they could not do it in St. Thomas. Something told him to begin searching St. Louis for a space, and within three days, he'd found a completely renovated restaurant waiting for its first tenant in the middle of the Hyde Park neighborhood. Immediately, he knew it was the right fit.

While Woods explored his new town, he quickly realized the dearth of Caribbean restaurants, especially in the city. Unlike back home in Chicago, St. Louis lacked the casual jerk chicken spots he used to frequent, and that gave him an idea. He called Spencer, told her the idea for Jerk Soul (2016 Salisbury Street; 314-601-3871) and asked her to join him in St. Louis.

"I've been to the East and West coasts, but never to St. Louis," Spencer explains. "Coming here was a leap of faith."

That leap has paid off in the form of the delightful, takeout-only Jerk Soul, a restaurant Spencer and Woods describe as the perfect combination of their two selves. Spencer is represented by the authentic Caribbean side of the menu, with dishes that she grew up learning to cook while standing on a step stool in her grandmother's St. Croix kitchen. Specialties such as braised oxtail, jerk wings, curry chicken and Caribbean corn have been passed down for many generations in her family, and she has been cooking them since she was nine years old.

Woods adds his Chicago background on the side of the menu he and and Spencer describe as "fusion." Traditional Caribbean specialties like a jerk chicken are presented in "American" form, with options on a Philly cheesesteak sandwich or atop a pizza. And, as Woods attests, there is no better side to pair them with than the macaroni and cheese — his grandmother's special recipe. 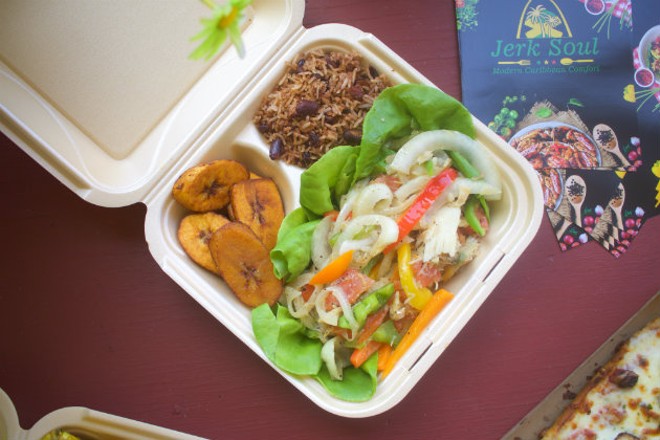 Spencer and Woods are thrilled with the response they have received from their Hyde Park neighbors — in fact, the desire to become a part of the north city community was what sold them on this particular property.

"The area is up and coming. It's being revitalized and restored to its former glory," says Woods. "We're excited to be here because we feel like we are a part of that revitalization. With the new hospital and the National Geospatial headquarters coming in, we're pumped. We feel like we are playing a role in revitalizing the neighborhood."

Jerk Soul is open Sunday through Friday from noon until 8 p.m. Though the storefront is strictly a carryout operation, the restaurant also does catering and special events. 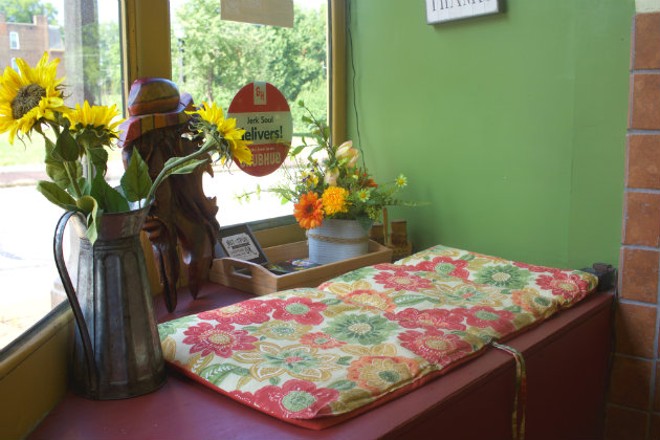 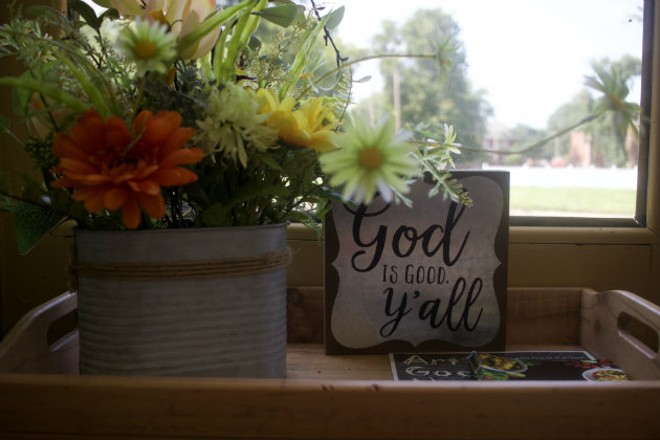